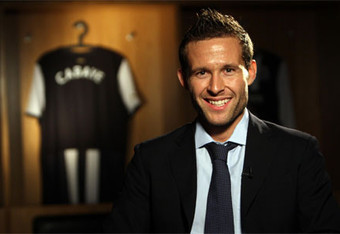 Arsene Wenger insists he will not make another move for Newcastle’s Yohan Cabaye because he has enough midfielders at Arsenal.

27 years old, Cabaye was the subject of a £10m summer bid from Arsenal, and Newcastle have said he is not for sale.

“On Yohan Cabaye, we don’t look for a midfielder.

“We didn’t have Mesut Ozil or Aaron Ramsey and we still had three good midfielders and Mikel Arteta on the bench [for the 1-0 win at Newcastle].”

“We played two away games and got six points against West Ham and Newcastle and as you can see the team is ready for a fight. Let’s keep fighting and trying to develop the team.” The French manager told BBC Sport