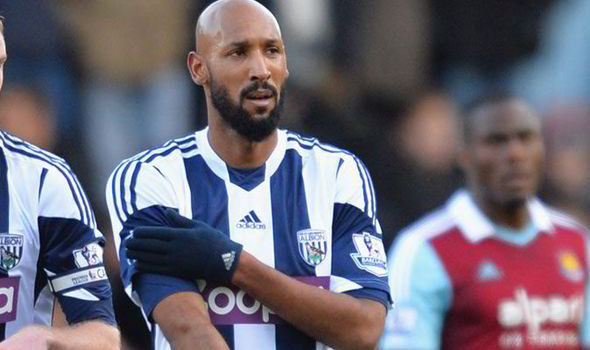 Nicolas Anelka faces a possible 10-match ban after the controversial quenelle gesture he made after scoring in West Bromwich Albion’s 3-3 draw with West Ham on Saturday.

Anelka made the gesture, described by some as a “reverse Nazi salute”, while celebrating the first of his two goals for West Brom at Upton Park – his first goals for the club since joining on a free transfer in the summer.

His club insist it is not an anti-Semitic act, but French Sport Minister Valerie Fourneyron criticised the 34-year-old, who is also being investigated by the FA.

“Anelka’s gesture is a shocking provocation, disgusting. There’s no place for anti-Semitism on the football field,” Fourneyron wrote.

Anelka defended his actions, saying: “This gesture was a special dedication to my friend Dieudonne.”

West Brom’s caretaker manager Keith Downing says Anelka was “totally surprised” by the outrage: “It has got nothing to do with what is being said,” he said. “It is absolute rubbish.”

Jewish groups have complained to French president Francois Hollande about Dieudonne’s trademark gesture, linking it to increasing anti-Semitic remarks and acts in France.

Dieudonne has in fact threatened to sue the groups for linking his gesture to Nazism, insisting the “la quenelle” – which means fish dumpling – stands for his anti-Zionist and anti-establishment views, rather than anti-Semitism.

The ‘United Spirit’ Is Back – Evra