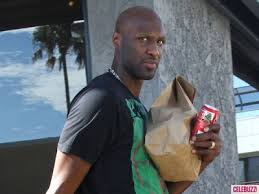 Lamar Odom just cut a deal in his driving under the influence (DUI) case. The NBA star agrees to plead “no contest” to the crime and in exchange he’ll be on probation for the next 3 years.

TMZ reports that Khloe’s husband flunked field sobriety tests and refused to submit to a blood alcohol test.  He was ultimately charged with one count of DUI.

But today, Lamar struck a deal with prosecutors and in addition to 3 years of probation, he’s required to complete an alcohol education class by June 9.

Odom’s driver’s license was automatically suspended for one year for refusing to submit to the BAC test — and that punishment will stand.

For those of us that will be confused about BAC. It is a blood alcohol test that measures the amount of alcohol (ethanol) in your body.

Will Smith Flaunts Ravishing Abs While On Excursion In Buenos Aires