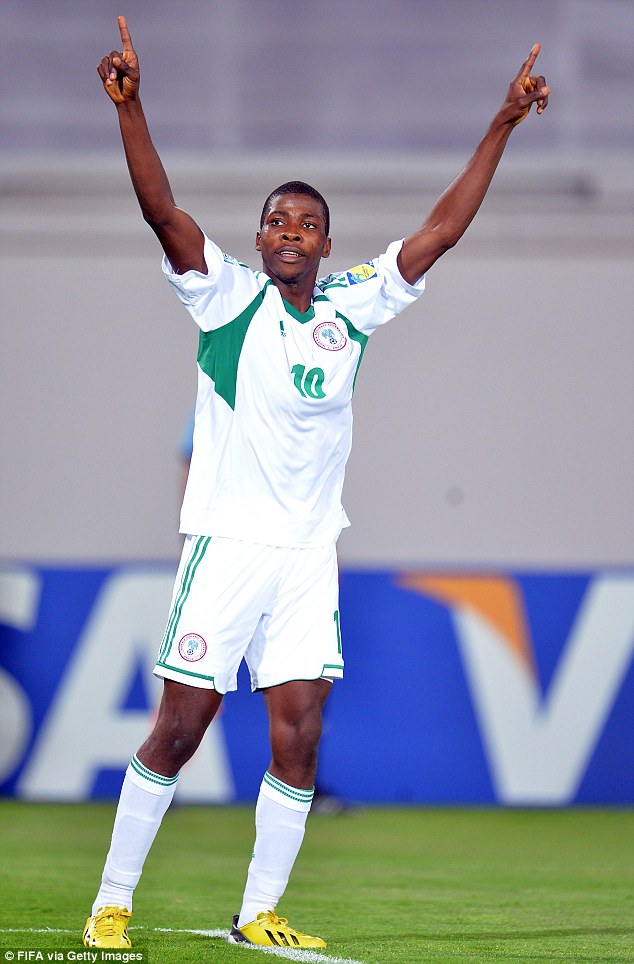 Father of Golden Eaglets star player, Kelechi Iheanacho has revealed he does not know his son’s whereabouts.

“I don’t know the whereabouts of my son. I have not been able to reach him for the past three days,” James Iheanacho told Hot FM Owerri on Friday.

KickOffNigeria reports that ‘The 17-year-old is believed to have been charted off to Europe by an unidentified agent.’

Kelechi Iheanacho was a member of the Nigerian team that  just won a record fourth Under-17 World Cup title at the United Arab Emirates weeks ago. He wad the tournament’s Most Valuable Player and also bagged the FIFA Silver Boot.

A lot of agents from across the world have been rallying for his signature offering him all sorts of deals since his recent exploits. Reports have it that he was seen in Lagos days ago.