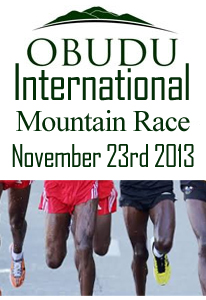 The Cross River State Government Friday said the British Deputy High Commissioner to Nigeria, Mr. Peter Carter, and diplomats from Italian embassy and the United Nations are expected to run in the 9th edition of the Obudu Mountain Race on Saturday.

The Competition at the Cattle Ranch in Cross River State, set to host 160 athletes will be preceded by the media race on Friday, the State Commissioner for Youths and Sports, Patrick Ugbe told newsmen.

“The British Deputy High Commissioner is coming for the race. You remember last year the Australian High Commissioner was here and he ran. Someone from the Italian Embassy in running and one of the United Nations’ agencies are also running.”

The Saturday race will feature the World Mountain race champions from Uganda and the current Obudu Mountain Race champion, Abebe Dinkesa from Ethiopia, leading the pack – out of the 160 athletes, 61 are foreigners comprising 43 men and 18 women from mainly East and Central African countries like Uganda, Kenya, Ethiopia, Cameroon and others.

The 9th edition of the Obudu Mountain Race total prize money is put at $280,000, Ugbe stated. Adding that the amount is the highest in the world.

“We want to perfect on it before we bring in new things as current course for men is 13 kilometres while that of women is 9.64 kilometres.” The commissioner concluded.