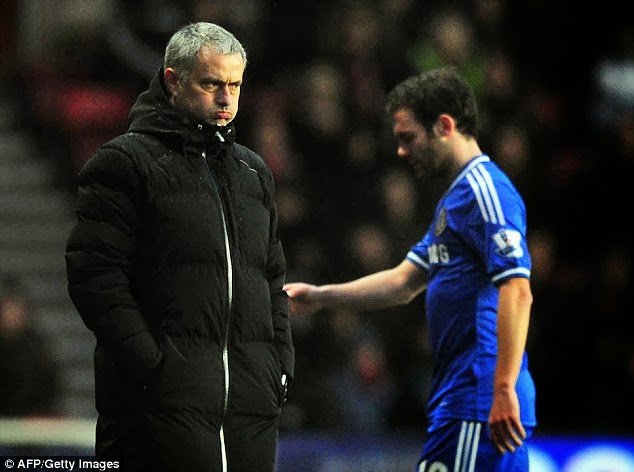 Chelsea Manager, Jose Mourinho has made it clear that midfielder, Juan Mata can quit Chelsea, Mata had reacted angry after his being substituted in the 53rd minute at St Mary’s.
Mata ignored Mourinho as he walked off the pitch at Southampton. He went ahead and slapped a seat in the as he vented his frustrations.
About the incident, Mourinho had this to say:

‘I don’t want him to go, that is my opinion and that is my wish – but my door is open.‘The club door is open too, so when a player wants to speak with us we are there waiting for them. But if you ask me do I want to sell him, I don’t want to. 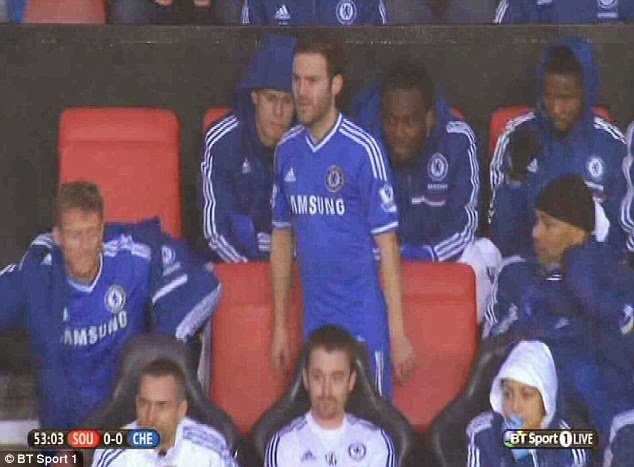 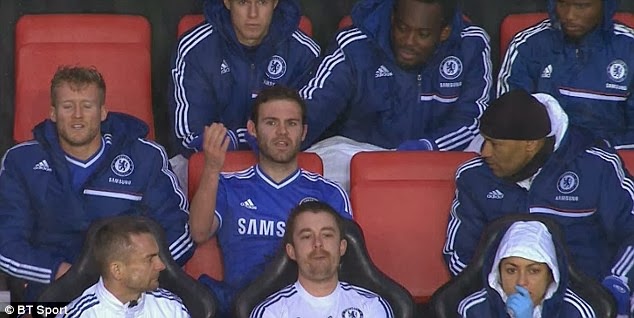 Schumacher In Stable But Critical Condition