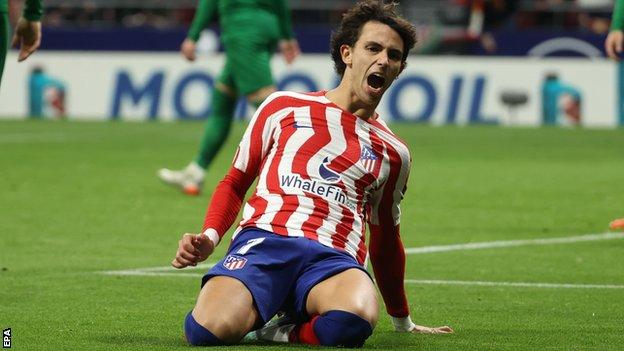 Struggling Premiere League side, Chelsea, have reached a verbal agreement with Atletico Madrid for João Félix loan signing till the end of the season.

The loan move, according to reports was on €11m fee with 100% salary covered by Chelsea.

Although the London side is in dire need of a good striker to bring the ball home, fans seem not to be too excited at the news of the possible signing of Félix.

Arsenal and Manchester United had no interest in signing João Félix on the terms that Atlético Madrid were quoting. Chelsea were happy to stump up the eye watering loan fee and pay his entire wage to get the player.

Meanwhile, before leaving, João Félix was expected to extend his contract with Atlético Madrid until 2027.

João has, however, flown to London to undergo medical tests and sign.

Reacting to the report, some of the fans described it as “The most unexciting signing evurrr!!!”

João Félix must be delighted to join a side with a bunch of other false 9s.

Originally tweeted by The Chelsea Observer (@chelseaobserver) on 2023/01/10.

On a real this Felix deal is horrendous business, like genuinely disgusting.

We are paying 20m (loan fee + wages) for a 6 month loan AND we have absolutely no option to buy AND he’s just signed a contract extension.

We’ve been absolutely taken for a walk here. Embarrassing

Chelsea are getting scammed??