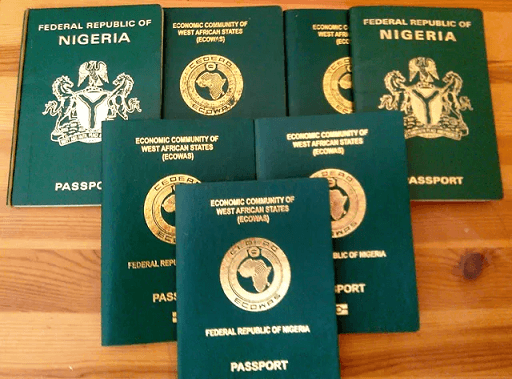 The Nigeria Immigration Service (NIS) has stepped up strategic actions on the efficiency of passport administration with the deployment of Assistant Comptroller Generals (ACGs) to some zonal offices with a higher number of unclaimed passports with a view to ramping up the collection of over 100,000 produced but unclaimed passports nationwide.

Comptroller General of Immigration, Isah Jere Idris, while announcing the deployment of top senior officers, said Lagos topped the list of uncollected passports with about 40,000 produced passports yet to be collected by applicants.

He said other zones with higher numbers of uncollected passports where the ACGs were deployed were Benin and Port Harcourt Zonal Offices of Immigration to ramp up the collection of the produced passports. This was contained in a statement issued yesterday by the Public Relations Officer of the NIS, Deputy Comptroller of Immigration, Anthony N. Akuneme.

CGI Idris added that Zonal Comptrollers and State Comptrollers had also been directed to liaise with Passport Controllers in their respective areas of responsibility to ensure speedy collection of the produced passports by the applicants.

He also said the mandate of the senior officers was to ensure that everything possible was done to locate the applicants whose passports were among the 100,000 produced passports that have not been collected by the prospective holders.

The immigration boss, while describing as worrisome the failure of applicants to come forward to collect their passports months after they were, called on those that applied for Nigerian travel passports since January last year, and those that applied within the six weeks passport processing timeline to visit the Passport Offices where they did their biometric capture for collection of their produced passports.

While assuring that Immigration personnel were always working round the clock to ensure the speedy processing of applications and production of passports to meet the needs of the travelling public, the CGI stated that passport production was a continuous exercise as it was not limited to any particular time or season of the year.

To further assist the applicants, he enjoined passport applicants to always check their application status by using any of the numerous channels which the NIS has provided including the Passport Application Tracking (PATs) solution (www.trackimmigration.gov.ng), notice boards at the Passport Offices and the NIS website for regular updates.

On what could have been responsible for the high number of unclaimed produced passports, CGI Idris blamed the applicants many of whom he said supplied incorrect contact details such as inactive telephone numbers, contact addresses and e-mail addresses, thereby making it difficult for NIS personnel at the Passport Offices to reach them for the collection of their passports.

He appealed to passport applicants to stop the practising of going through third parties, warning that they could be at security risk including breach of their personal data and other fraudulent activities.
“It is like someone wants to travel and sends a third party to buy a ticket from the airline. On filling out the particulars of the intending traveller, the person sent to buy the ticket filled in his or her telephone number and e-mail address. So, a few minutes before the flight time, the airline sends an SMS to all intending passengers notifying them the flight has been cancelled or rescheduled.

The passenger unknowingly rushes to the airport only to discover a change in flight time. Who is to blame? Nigerians should be aware that the Nigerian passport is more than a travelling document; it is a personal identity and a personal security asset of the holder, and the sanctity of the process of obtaining it must be protected,” the NIS boss advised.

It would be recalled that the Federal Ministry of Interior and NIS recently rolled out some initiatives aimed at making obtaining and renewing the Nigerian international passport quicker and less cumbersome including a six-week timeframe to apply and get the new enhanced e-Passport for fresh applicants and three weeks for reissue.

Also, Diaspora Fast Track Programme was launched recently which made it possible for holders of expired Nigerian passports in the Diaspora to board their countries of residence and be admitted into Nigeria with their expired passports, without any inhibition.

A circular had also been sent out to consular offices, local and international airlines, and Immigration Comptrollers at the nation’s airports to allow Nigerians in the Diaspora with expired Nigerian passports to be allowed free passage whenever they wanted to come to Nigeria.

Furthermore, a special desk called Diaspora Desk was also set up at International Airports in Lagos, Abuja and Port Harcourt to provide expeditious immigration services to Nigerians in the Diaspora especially the application for the renewal of their expired passports immediately upon arrival in Nigeria. The Fast Track Programme has enabled a lot of Nigerians in the Diaspora with expired passports, who came home for the year-end holidays, to renew their expired passports under two weeks at no extra fee, before returning to their countries of residence.

As part of the Diaspora Fast Track Programme, the Passport Offices also commenced Saturday operations for the processing and production of passports and this significantly made it possible for many Nigerians in the Diaspora to renew their expired Nigerian passports as quickly as possible.

Insecurity may lead to postponement or cancellation of elections, INEC warns