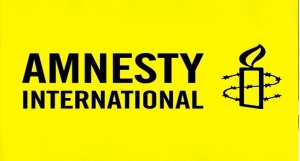 Amnesty International (AI) has said that excessive force and brutal policing by Nigerian security agents led to the death of many Nigerians in 2020.

In a report released on Wednesday, the human rights group said: “Use of excessive force led to several cases of multiple killings while enforcing COVID-19 measures.

“In Nigeria, brutal policing has resulted in security forces killing people for protesting in the streets while demanding for their rights and calling for accountability.”

‘Authorities weaponise COVID-19 to crack down on human rights’, Amnesty said, adding that marginalized groups including women and refugees, bore the devastating brunt of the COVID-19 pandemic due to discriminatory policy by leaders across sub-Saharan Africa.

It stated that across the region, the devastating impact of armed conflict in countries such as Ethiopia, Mozambique, Cameroon, and Nigeria, was compounded by the pandemic as a number of states weaponised it to crackdown on human rights.

The crackdowns, it said, included killings of civilians and arrests of opposition politicians, supporters and human rights defenders and activists.

The report highlighted a marked increase in gender-based and domestic violence with many women facing increased barriers to protection and support due to restrictions on freedom of movement.

“For example, 21 women and children had been killed by intimate partners in South Africa by mid-June, while over 3,600 rapes were recorded during the COVID-19 lockdown in Nigeria.

“In CAR, the UN recorded 60 cases of conflict-related sexual violence, including rape, forced marriage, and sexual slavery, between June and October,” it said.

It quoted Samira Daoud, Amnesty International West and Central Africa Director, saying that, “COVID-19 has brutally exposed and deepened inequality across sub-Saharan Africa. Governments should urgently re-invest in people and “repair” the broken economic and social system which perpetuates poverty and inequality, including leaving too many behind.”

Related Topics:Amnesty International
Up Next