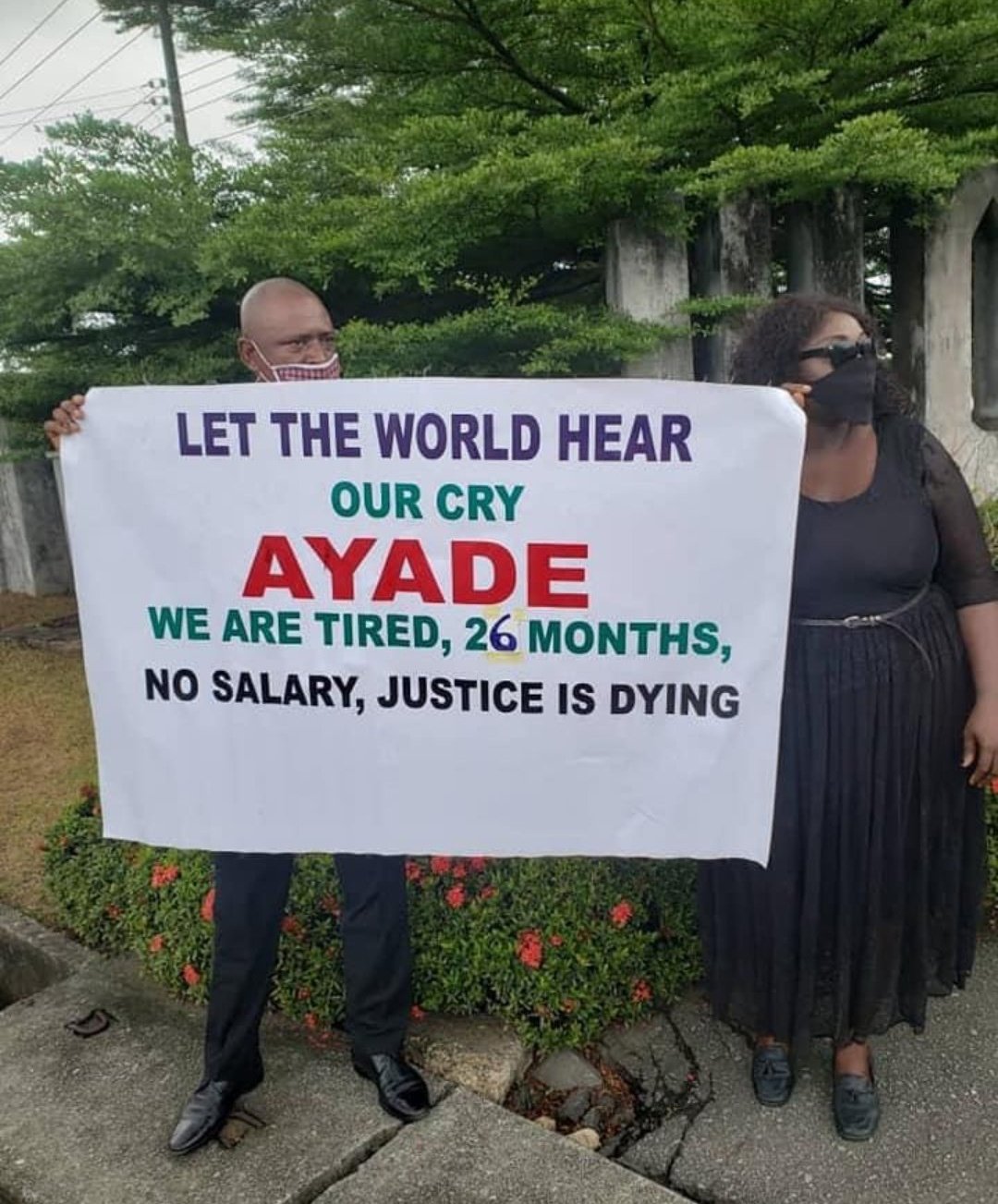 Spokesman of the protesting magistrates, Solomon Abuo, said, “In January 2021, when we met with the governor, his deputy and attorney general of the state over our plight, he assured that he would defray the backlog of the 26 months salaries.

“We are most surprised that he has again reneged on his promise.

“It is very sad, unfair and heartlessness for the state government to treat us this way.

“Some of us have been evicted from our apartment’s over the inability to pay our rents.

“At that meeting, Gov Ayade set up a committee headed by his deputy, Prof Ivara Esu, who has since submitted his report to him.

“All that remains is for him to append his signature so that we can be paid. But we wouldn’t know why he doesn’t want to pay us.

“He agreed that the state government engaged us procedurally,” he said.

But Christian Ita, the senior special adviser to Governor Ayade, in an earlier reaction, said the protesters were not properly engaged