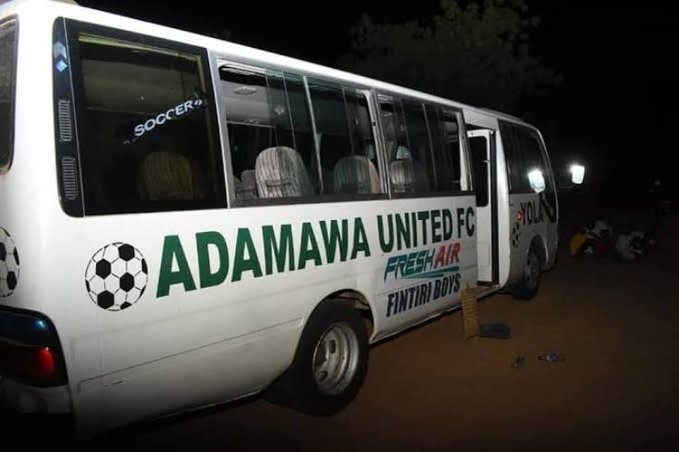 Gunmen attacked players and officials of Nigeria Professional Football League side, Adamawa United, along Benin-Ore Expressway on Friday night. The incident happened at about 11.45pm, on their way to Lagos for an NPFL match against versus MFM FC.

Multiple sources confirm that the players lost their phones, feeding monies and other valuables as the gunmen ransacked the bus in which they were travelling.

The team’s driver was also reportedly abducted in the process and his whereabouts remain unknown.

Adamawa United are rooted to the bottom of the NPFL table and have endured a torrid season in the NPFL.