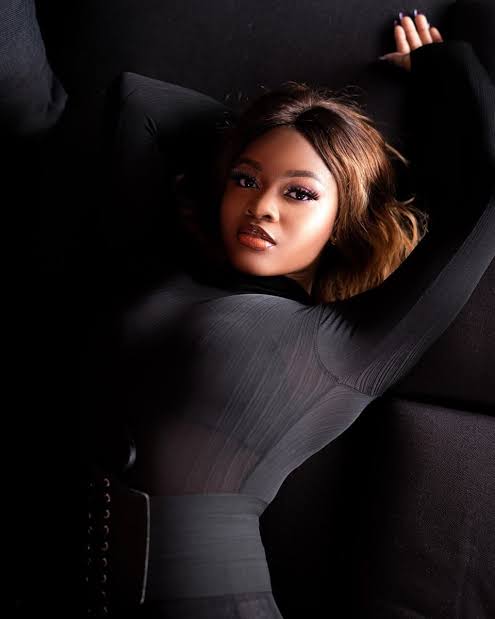 The first lady of Davido Music World’s (DMW), Liya has been identified as one of the nightclub-goers arrested and paraded by the Lagos State government for breaking the COVID-19 prevention guidelines.

Recall that the Lagos state police spokesperson, Muyiwa Adejobi on Saturday said the police, led by the Commissioner of police, Hammed Odumosu arrested 237 club goers for violating the federal government 12am to 4am curfew imposed to curtail the coronavirus spread.

“The clubs raided included Lounge 38, Bode Thomas Surulere (85 suspects) and Club Victoria’s, VI, (152 suspects) while six (6) were arrested for violating the Federal Government imposed 12 midnight to 4am curfew in the state,” the police authorities said in a statement.

“In total, Two hundred and forty-three (243) violators were arrested and are being paraded today,” the statement said.

Social media has been buzzing since entertainment fans identified Liya among the people paraded. The DMW’s first lady was reportedly arrested in  Lounge 38, Bode Thomas Surulere.

The Grammys have been rescheduled to hold March 14