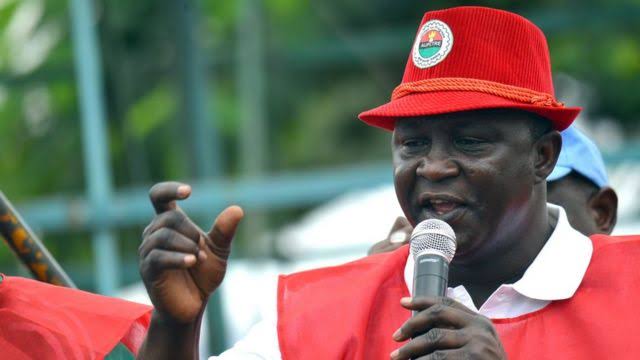 The Nigeria Labour Congress, has criticized the federal government’s increase in the pump price of petrol stating the move has worsened the level of citizens’ agony.

NLC in a statement on Monday said the increase in the price of petrol was “against the spirit and content of what organised labour agreed with government at the last negotiations over the last fuel price increase.”

NLC President, Ayuba Wabba noted that the hike has also “cast in very bad light our utmost good faith with regards to government explanations that it lacks funds to continue bankrolling the so-called subsidy payments as such would sooner than later cripple the entire economy, throw the country into severe economic crisis and cause loss of jobs in millions.”

Wabba argued that Nigerians cannot be made to suffer for the failure of the government to manage the refineries and noted that there was a limit to what the citizens can tolerate if the price hike led to increasing cost of foods and services.

The NLC demanded that government declares a state of emergency in the downstream petroleum sector and enters into contract refining with refineries closer home, which will according to the congress ensure that the cost of supplying crude oil is negotiated away from the prevailing international market rate and thus lead to reduced landing cost.

In the statement, the NLC demanded that government stamp out smuggling of petroleum products out of the country and prosecute smugglers.

“We need to see big-time petroleum smugglers arraigned in the court of law and made to pay for their crimes against the Nigerian people. Government has the resources available to it to ensure this economic justice to Nigerians.

“The question in the minds of many Nigerians is whether the government is willing to go against major financiers of the major political parties known to the public as the architects of the current national woe,” the statement read.

“In line with our recent agreement with the government, we will be receiving updates in the next few days from our unions in the petroleum sector which have been given the mandate to keep surveillance on government promise to overhaul our public refineries.

“We will also receive updates from our representatives in the electricity review committee. The updates we receive will determine whether the government has kept to its side of the bargain which is to take serious steps to recover and reposition our public refineries.

“The outcome of this engagement will determine our response in the coming days. But while we are at that, we condemn the recent price increase and we call for its reversal with immediate effect.”

Related Topics:NLCAyuba Wabba
Up Next

‘We cannot ask ASUU to call off strike’; NLC says