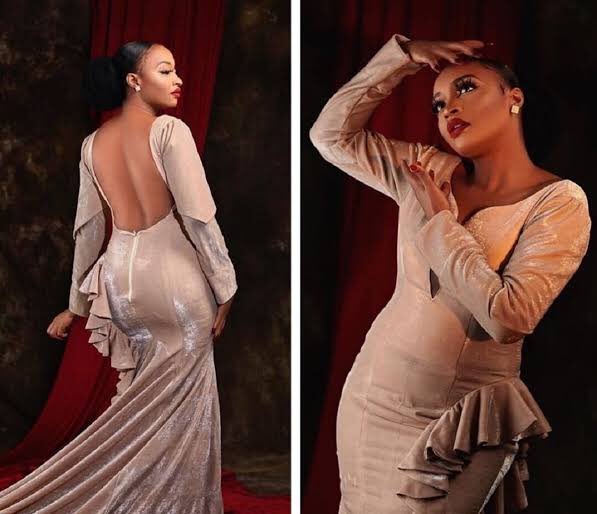 After filing a petition to the Inspector General of Police on alleged case of blasphemy against Prophet Muhammed caused by Rahama Sadau’s photos, the petitioner has given a list of four conditions to be met.

NewsWireNGR had reported on Monday how Sadau’s pictures resulted in a controversy on social media, which forced the actress to withdraw them and apologise. Some Northern muslims felt the pictures were offensive to the conservative Northern Nigerian and to Islam, her faith. Others disagreed and rose in her defense.

But in a press statement released by the petitioner, Mr. Lawal Muhammad Gusau, on Saturday, the Kannywood actress must meet the following conditions as attached.

Recall that NewsWireNGR reported that the petition warned that if care is not taken, the social media photos of the 27-year-old actress could cause a crisis in the Norther part of Nigeria. It cited an incident in Kano where a singer who allegedly blasphemed the Prophet was attacked by a mob.

Mr Gusau said, ” in response to the report by BBC Hause transmitted on the 7th day of November 2020 that Rahama Sadau is due to arrive to Kaduna, Nigeria with her Lawyers to defend herself on the allegation of blasphemy labelled against her she should note the followings”

The conditions include that her lawyer(s) must be Muslims, the Police should only convey her to the Sharia court, renowned Islamic scholars like Isa Pantami should be the judges of the day and that Arewa lawyers should not defend Rahama Sadau.

In response to the report by BBC Hausa transmitted on the 7th day of November 2020 that Rahama Sadau is due to arrive to Kaduna, Nigeria, with her Lawyers to defend herself on the allegation of the blasphemy labelled against her, she should note the followings-

1. Her lawyer (s) MUST be Muslim by faith. This is predicated on the fact that it is only a Muslim Lawyer that can understand the proceedings of Sharia Court. It is a matter relating to Hadiths of the Prophet and the Glorious Holy Qur’an and not a matter relating to the constitution of the Federal Republic of Nigeria.

2. The Police should only observe their constitutional role of conveying her to Islamic Shariah Court after conduction discreet investigation of the case in issue.

3. Renowned Islamic scholars like Sheikh (Dr.) Ahmed Mahmoud Gumi, Kaduna, Sheikh Ahmed BUK from Kano, Sheikh Kabir Haruna Gombe from Gombe state, Shekh Nura Khalil (Digital) from Abuja and Sheikh Ali Isa Fantami (Hon. Minister of Communication) will be the Ulamas that will give Islamic interpretation with regards to the balsphemy on the Prophet Muhammed (SAW).

4 We compliment the resolve of Arewa lawyers for not interfering in the cases of blasphemy against one Aminu Sherif and Umar Farouq. We expect the Arewa Layers and most particularly Lawyers in Kaduna not to interfere in Rahama Sadau’s case.

Finally, we wish to call on the general public to remain calm, while assuring all Muslim faithful that justice will take its course.

For the concerned and peace-loving Muslim Ummah …

The Inspector-General of Police, Mohammed Adamu, has mandated police action to ensure public peace is not threatened, after a petition claimed photos posted on social media by the Kannywood actress, Rahama Sadau, had led to blasphemous comments against the Prophet Mohammed.

In the letter signed by the Principal Staff Officer to the IGP and addressed to the Kaduna State Police Commissioner, the police boss directed the CP to take proactive measures to prevent breach of peace over the blasphemy.

“I am to convey the directive of the Inspector General of Police that you treat proactively with a view to ensuring that the development does not result to any act that could threaten public peace and security.

“The Inspector General of Police further directs that you furnish him with updates, accordingly,” the letter, signed by DCP Idowu Owohunwa, read in part.

In her apology after the dress sparked outrage, she had said.

“It’s sad and unfortunate waking up to a series of unexpected messages, tags & trends over the harmless pictures I posted. As a human, I laughed at some, frowned against many & disapproved most. To the most unfortunate event, some of these comments took a different dimension.

“I’m with all sense of sincerity, dissociating myself from such derogatory & hurtful words. To everyone who knows me or follows me, should know I’m not the type that reacts to anything or embrace advice from social media moral police. But my Prophet & religion is where I draw the line.