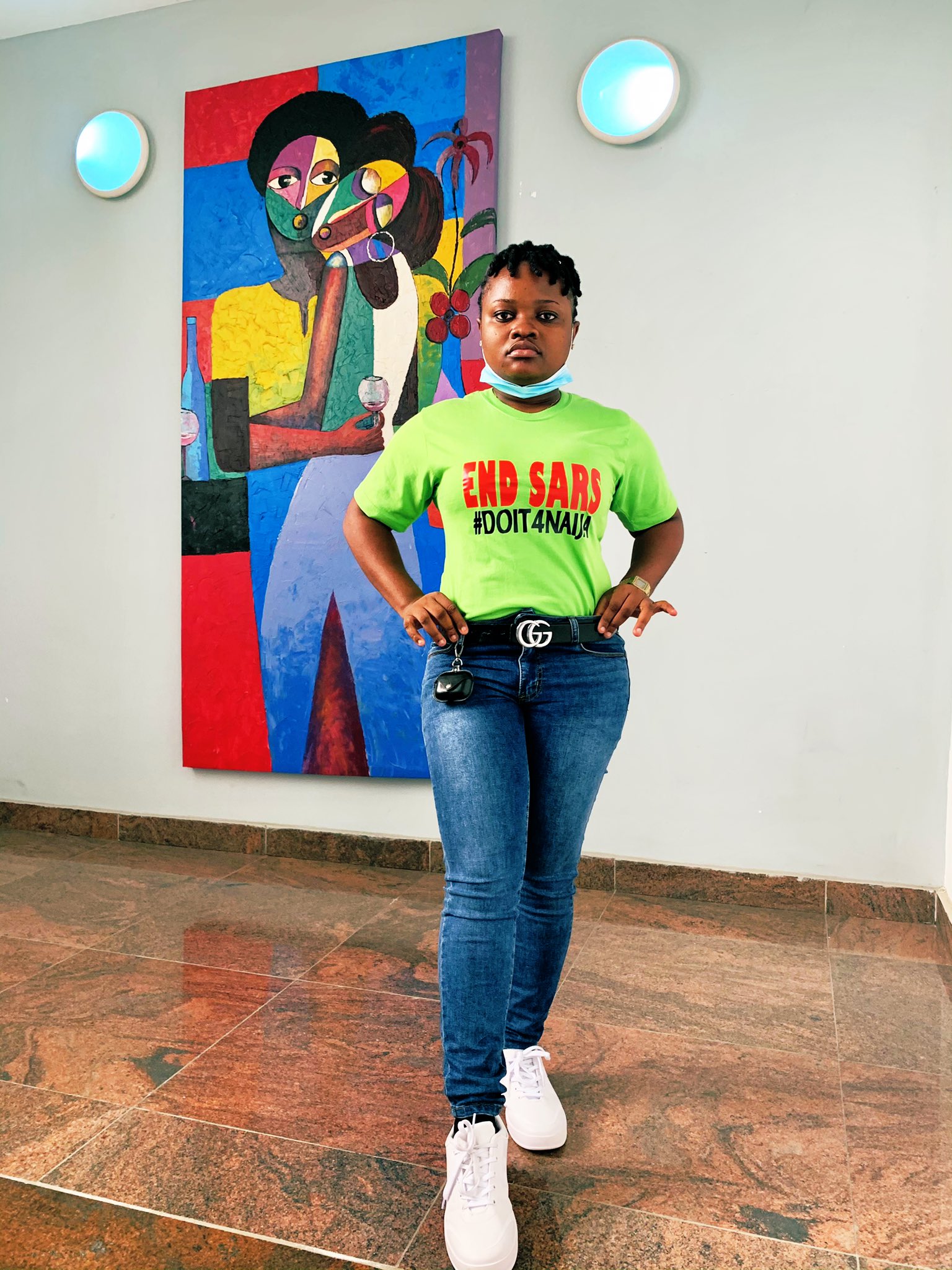 The Lagos State Panel of Judicial Inquiry probing the alleged shooting of #EndSARS protesters at the Lekki tollgate on the night of October 20 could not sit on Saturday was frustrated on Saturday due to the absence of a youth representative of the panel, Oluwarinu Oduala.

Oluwarinu, who is one of the visible participants at the #EndSARS protests, did not show up for the Saturday sitting in protest against the freezing of her bank account by the Central Bank of Nigeria.

NewsWireNGR reports that a federal high court in Abuja had granted the request of the Central Bank of Nigeria to freeze the accounts of 19 individuals and a public affairs company linked to the #EndSARS protests.

The request, granted by Justice Ahmed Mohammed, was filed by the CBN on October 20.

NewsWireNGR gathered that today’s sitting was supposed to hear testimony about the army’s alleged involvement in the events of October 20th when unarmed protesters were shot at the Lekki toll gate.

The Army, led by Brigadier General AI Taiwo (Div 81), appeared to give his testimony in the company of military lawyers.

However the panel could not sit because of the absentee representatives. Sitting has been adjourned to November 14th.

No sufficient evidence to prosecute operatives of the disbanded SARS – AGF

#EndSARS protesters appeared before the Lagos Panel of Judicial Inquiry