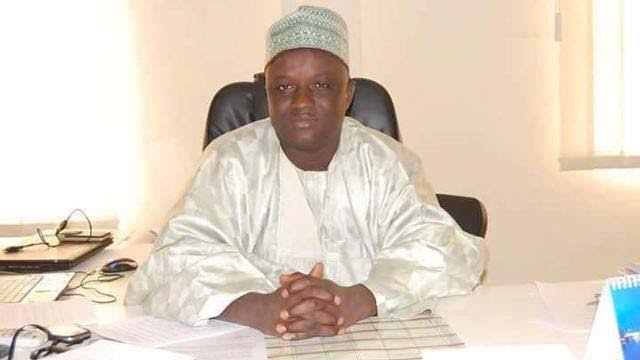 Prof. Sani Mashi, the Director-General, Nigerian Meteorological Agency (NiMet), has called on members of staff of the agency not to embark on the proposed strike by the joint union of workers.

Mashi made the appeal in a statement by Mr James Odaudu, Director of Public Affairs, Ministry of Aviation, on Friday in Abuja.

Odaudu quoted Mashi as making the call in a letter sent to the Association of Nigeria Aviation Professionals and the National Union of Air Transport Employees.

The News Agency of Nigeria (NAN) reports that the joint union of workers had given the agency a notice to embark on strike on Aug. 18, to drive home their demands.

According to Mashi, there is no justification for going on strike by the joint union of workers, as most of the issues at stake have been either addressed or are currently being attended to.

He added that the proposed strike would rather distract the agency’s attention in pursuing its stated noble goals.

“As part of resolutions reached on March 2019 by the Ministerial Committee on the Harmonisation of Salaries of Staff in Aviation Agencies, in which the unions were well represented, salary adjustment for NIMET staff was discussed and resolved.

“Also, the Ministry of Aviation has presented it for further action to the National Salaries, Wages and Income Commission. The Ministry is exclusively charged with the task of handling the matter with commission,” he said.

On the issue of the payment of promotion arrears, Mashi said the unions ought to know that it was the Office of the Accountant-General of the Federation and not the agency that was responsible for the payment.

He said the management of the agency had been consistently pursuing the matter with the Accountant-General’s Office through contacts with the relevant departments.

On the issue of palliatives, the director-general said the NiMET Department of Accounts and Finance had computed and paid monetary compensation to all staff on essential duty.

According to him, as at last week, only one week’s palliative is in arrears and this has been settled this week.

“On implementation of minimum wage, it is a known fact that the agency does not pay staff salary. The Federal Government, through the Office of the Accountant-General of the Federation pays such salaries to the agency’s staff.

“On issue of lateral conversion, management wishes to state that it is not true that NiMet is denying lateral conversion to staff on professional cadres who graduated after attaining grade level 10 as posited by your unions.

“ In 2016, when NiMET’s Senior Staff Committee recommended lateral conversion of officers on Salary Grade Level 10 and above, Ministry of Aviation stepped it down on ground that NiMet practices contravenes Extant Rules and Regulations.”

In giving importance to training of staff, Mashi said the management in 2019 developed a guideline to standardise and formalise requests for study leave for diploma, undergraduate, post graduate diploma and post graduate programmes.

According to him, as a matter of policy and practice, the issues of training and retraining of staff have been taken seriously.

The NiMET boss said the management wished to categorically state that it had been doing all within its power to positively ameliorate all the sundry issues raised by the staff and all the unions in the Agency.

He stated that management was committed and dedicated to the promotion of staff welfare and development, including securing what rightfully belonged to them.

“In so doing, however, the Agency is compelled to strictly adhere to government policies, as well as Extant Rules and Regulations.

“The management therefore call on all the staff, in consideration of the rule of law, to immediately ignore the call for the strike,” the director-general said.