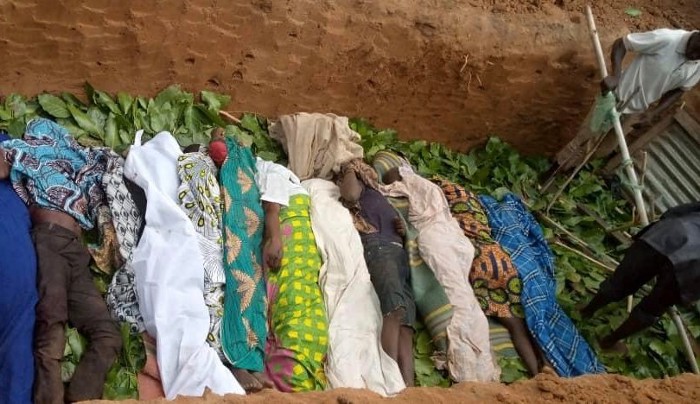 “…Leaders in general possessed huge components of both good and evil. Some had a little bit more evil than others. I always had difficulty understanding how Obasanjo could sit with us and preach about sacrifice and transparency one moment and then the next, sit with the GMD of NNPC about how to get some payments to the PDP. Studying Bismarck, De Gaulle…helped me make sense of this duality in leaders. It appears that this is a skill that must be possessed to be able to ascend to a certain leadership level. I am hoping that this skill can be acquired, as I would very much like to master it someday.” — Nasir El Rufai, The Accidental Public Servant

A first class graduate in Quantity Surveying from the Ahmadu Bello University; he also holds a law degree from the University of London; an MBA from Harvard Business School; and a Masters degree in Public Administration from the John F. Kennedy School of Government, again in Harvard University. You can read up on the rest of his stellar academic, professional and early uber-progressive political career here.

Yet under his watch Kaduna State is burning. Kidnappers operate with hitherto unseen impunity, and there are reports of an on-going genocide in Southern Kaduna. SBM Intelligence reports that violent conflict in the State has so far this year resulted in the brutal murder of 511 men, women, children, and babies.

So what happened? How has his tenure as Kaduna State Governor become the strongest argument anyone could possibly make about his unsuitability to lead a diverse group of citizens? How did things go so wrong for Nasir?

The Unravelling of a Brilliant Mind

Exposed to the best of Western education, stints with multinational corporates, and partnerships with Bretton Woods Institutions, Mal. Nasir El Rufai was — as far as the West could tell — the African democratic ideal. Firm, decisive, a process-and-systems man, as head of the Bureau of Public Enterprises he moulded Nigeria’s privatisation drive into his spartan and clinical image. There were some hitches, but he impressed President Obasanjo enough that he was promoted to Minister of the Federal Capital; another role in which he excelled so well that seventeen years on, he is still regarded as the best minister Abuja has ever had.

Things started in unravelling for Nasir in 2006.

He was part of a small but powerful group of reformers: Finance Minister Okonjo-Iweala, the Minister of State for Finance Sen. Nenadi Usman, the Economic Adviser to the President and later the Central Bank Governor Charles Soludo, the EFCC boss Nuhu Ribadu, and the Director-General, Bureau of Public Procurement [Due Process] Mrs. Oby Ezekwezili. With the collapse of President’s Obasanjo’s purported third term bid, thoughts naturally shifted to a succession plan.

There was a campaign by some members of this elite economic team to promote one of their own as OBJ’s anointed successor; the argument put forward was that El Rufai was arguably the most competent Northern administrator in the team (by convention power was to rotate to the North), and he would ensure the continuation (and completion) of the reforms Obasanjo had been unable to complete.

Obasanjo’s decision to back Umaru Musa Yar’Adua, the taciturn Governor of Katsina State, was politically shrewd as it took the battle for the Presidency to the home state of the main challenger Gen. Buhari, and pitted Buhari against the larger-than-life legacy of the late Gen. Shehu Musa Yar’Adua. The gambit worked, and Umaru Yar’Adua won the presidential elections, but this decision to place pragmatic politicking above proven competence must have been not just disappointing but profoundly traumatising for the young El Rufai. I believe it created a crack in El Rufai’s previously singular but entitled worldview, and opened the door for a darker personality to emerge.

The Nigerian Politician: Neither Man Nor Beast

The politician with the most followers standing behind him, in modern day Nigeria, is President Buhari. Viewed as a demagogue, Buhari projects a facade that the poor masses in the North have gravitated to: Uncompromising. Ultra-Conservative. Incorruptible. An adherent of the Muslim religion.

Nasir, hurting, but brilliant as always, saw a path to power: inheriting Buhari’s populist mantle. He could very easily be all these things, and more. As he wrote in his book The Accidental Public Servant, he believed that the highest levels of leadership were only achievable with “a certain moral flexibility”, and that in pursuit of this goal, conflicting ideas and behaviours could be mentally ‘compartmentalised’ and exist in isolated silos. And so the previously Progressive Dr. Jekyll became the fundamentalist Mr. Hyde.

This most likely explains the difference in personality between pre-2007 El Rufai and his post-2007 version. It explains why the belief persists that he has morphed into an ethnic jingoist, despite his claims to the contrary. To ever become president, Nasir realized that competence would never be enough. He had to become Buhari. In 2000, Gen. Buhari angrily led a delegation to Oyo State to protest the alleged killing of Fulani herders by farmers. In 2012, El Rufai, ever on brand, tweeted

A year later in 2013, when President Jonathan mooted the idea of granting repentant Boko Haram terrorists amnesty, El Rufai, now a member of the newly formed opposition All Progressives Congress, tweeted that “Any society that responds to crimes by…bribing the criminals will inevitably create large contingents of criminal waanabes[sic]…”. A sensible, progressive position. However, as soon as he was sworn in as Governor of Kaduna State, to ‘placat’e foreign Fulani herdsmen who were killing residents of Kaduna State, he took public funds and paid these foreign killers.

I argue here that there is no hypocrisy in the contradiction between the two positions Nasir and Nasir occupied above because on a fundamental level those two disparate positions are occupied by two different political beings.

Gov. Nasir the Progressive prioritises education and healthcare; ran for Governor with a woman Deputy, invests in broadband infrastructure and transparent Open Governance systems; supports literature and the arts.

Gov. Nasir the Fundamentalist ran for Governor with a Muslim Deputy in a State riven by ethno-religious tensions; routinely attacks free speech rights of citizens and journalists by suing them; threatens foreign electoral observers with violence; submitted a bill to the Kaduna State House of Assembly seeking to license and regulate religious preachers.

The problem with this split personality is that although the end goal — the acquisition of power — might remain unchanged, the fact that both personalities are very publicly rowing in diametrically opposite directions means that El Rufai has ended up stuck in no-man’s land; neither true progressive nor true fundamentalist. The result of this borderline psychotic incoherence in leadership has resulted in a lack of trust in El Rufai and his Government by religious and ethnic minority communities in Southern Kaduna, and an escalation of deadly violence in those areas.

In Robert Louis Stevenson’s original story, despite Dr. Jekyll’s best efforts, the monster eventually consumes the man. Can Gov. El Rufai, as polarizing a figure as he has become, ever become president of a nation as complex and diverse as Nigeria? Of course! This is, after all, Nigeria. But at what cost, and to what end other than the fulfilment of an ambition? To imagine what Nigeria would look like under El Rufai, take a look at what is happening under him, in Kaduna.

Gov. Nasir El Rufai is a brilliant individual. As Governor and the Chief Security Officer of the State, his primary job is to protect life and property, but the hacked, lifeless bodies being piled into mass graves suggest he is failing at that job. If I had a word of advice for him it would be that he pull back from the edge of extremism before he too, like the brilliant Dr. Jekyll, destroys all around him and is consumed by his demon.