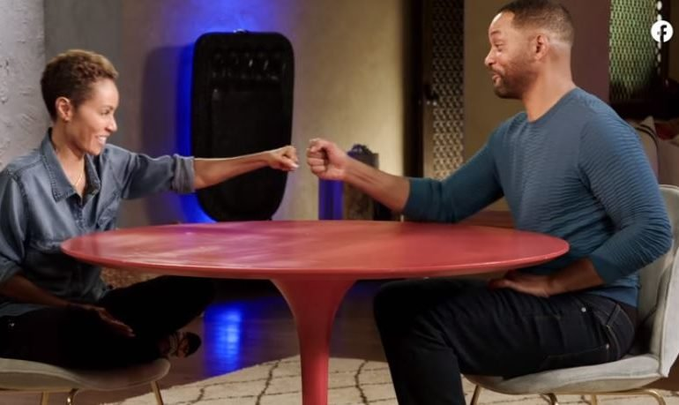 Will Smith and Jada Smith, American celebrity couple, say they will be together till death.

The two appeared on ‘Red Table Talk’, a Facebook show anchored by Jada, to clarify the circumstances that led to Jada’s affair with August Alsina, an American rapper.

The couple has been in the news after Alsina told The Breakfast Club’s Angela Yee that he had an affair with Jada with the blessing of her husband.

Speaking on Friday at her show, Jada told her husband, Will, that she became friends with Alsina with the intention of helping him overcome health challenges but got “entangled” with the rapper in a relationship along the line.

She explained that the affair when their marriage was put on hold, with the two agreeing to separate for a period of time in pursuit of happiness.

“l met August around four and a half years ago, and we later became very good friends,” she said.

“It all started with him just needing some help with his health and mental state. As time went on, I got into a different type of entanglement with August. One thing I want to clean up was the issue that was swelling in the press about you giving permission.

“The only person that can give permission in that circumstance is myself. What August was probably trying to communicate was that he is not a homewrecker because he is not.”

Jada explained that the relationship with August helped her realise that one has to find happiness within.

“Luckily, you and I were going through a process of healing. We did everything possible to get away from each other only to realise that it wasn’t possible,” she explained.

“I just wanted to feel good, because it has been so long since I felt so good and It also felt nice helping somebody to heal.”

Will Smith in reaction to her comment said: “I feel like that husband that has to be with you at that press conference where you have to tell the world your transgressions.”

Jada said she does not regard the relationship as a transgression because she learnt so much about herself and confront emotional maturity and insecurity.

“It could feel weird for people that we are laughing about it,” Will Smith said.

“To be able to make mistakes without the fear of losing your family is so critical. I wasn’t sure that I was going to speak to you again.

“It’s not for the weak at heart.

“There is real power in knowing that someone is riding with you no matter what and you can’t know that until you go through some stuff.”

The duo said they have reached a place of unconditional love , “We ride together, we die together, bad marriage for life”.