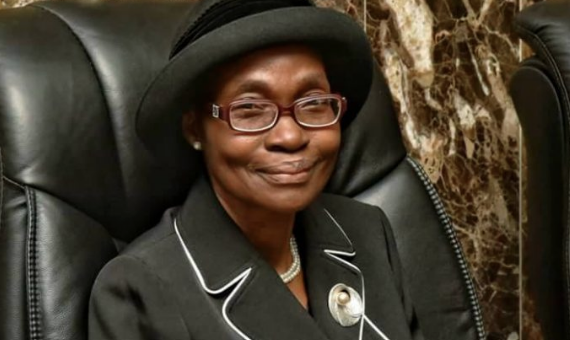 The impeachment process of the Ondo State Deputy Governor, Mr Agboola Ajayi,  by the state House of Assembly suffered a set back as the Chief Judge of Ondo State, Justice Olanrewaju Akeredolu, rejected a letter written to her by the Assembly to constitute a panel that would investigate the allegations leveled against the deputy governor.

The letter dated July 7, Bamidele Oleyelogun, speaker of the assembly, asked the chief judge to constitute a seven-man panel to probe Ajayi.

“It is in line with the above that request that you set up a seven-man panel to conduct the investigation as resolved by the honourable house and the panel shall, as soon as possible, report back to the House,” part of the letter read.

But Akeredolu in her response to the letter rejected the request on the grounds that two-third majority as required by the 1999 constitution for setting up of such a probe panel was not formed in the assembly.

The chief judge also said she had received a letter from Ajayi’s lawyers stating that the process of impeachment was sub judice.

Nine of the lawmakers had written to Akeredolu dissociating themselves from the ongoing plot to remove the deputy governor.

“Kindly be informed that nine under-listed elected Honourable members of Ondo State House of Assembly have duly dissociated ourselves from the ongoing impeachment process of the Deputy Governor of Ondo State, H.E.( Hon.) Agboola Alfred Ajayi in a letter dated 7th July 2020 to the Clerk and the Clerk and the Rt. Hon. Speaker of the Ondo State House of Assembly, herewith attached,” the letter read.

“We want to state and confirm to your good office that we maintain our stand by dissociating ourselves from the impeachment process. We are not in support of the impeachment based on our individual personal conviction.

“It is equally worthy of note that the total membership of Ondo state House of Assembly is 26 in which 2/3 is 18 and this remains the constitutionally required number irrespective of any arbitrary suspension.

“We are writing to call your attention to the fact that all or some of us who are signatories to this letter may be suspended in order to circumvent the provision of the constitution of Nigeria, which we all swore to uphold and protect, including your honourable Lordship, as this will be contrary to the laws of the land.”

President Buhari has been fair to the southeast despite low 2015, 2019 votes – Femi Adesina