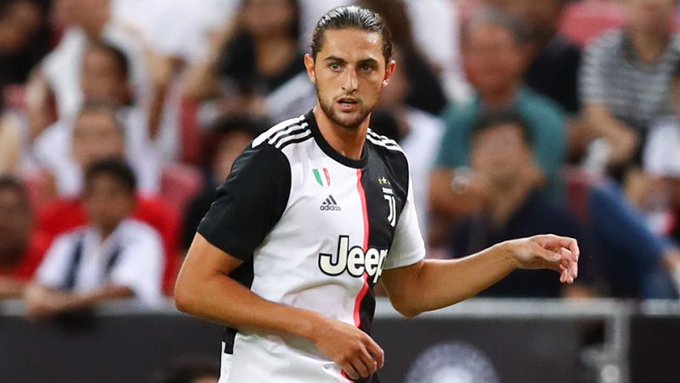 Juventus’s French midfielder Adrien Rabiot reacted with irony on Wednesday to reports his delay in returning to Turin was because he was on “strike” in protest at the club cutting wages amid the coronavirus pandemic.

“When you realise it’s your last day on … STRIKE!” Rabiot wrote on Instagram, alongside two laughing emojis and a sad-looking photo of himself.

AFP reports that, Shortly after, the former Paris Saint-Germain player posted a new image, a drawing of a small vial on which was written: “Newspapers-TV-Press, do not swallow”.

The 25-year-old, who has spent the two-month coronavirus confinement at his home on the French Riviera, suggested that he should be back in Turin on Wednesday.

Italian newspaper La Stampa had claimed that the Frenchman was on “personal strike” in his Cote d’Azur villa in protest at the club’s decision to cut wages.

Most foreign Serie A players have now returned to Italy, including Juventus star Cristiano Ronaldo and AC Milan’s Zlatan Ibrahimovic.

Italian clubs have been allowed to resume individual training since May 4, but this has been optional for players.

At Juventus, besides Rabiot, Argentina striker Gonzalo Higuain has also yet to return to northen Italy.

Football Returns In Germany, Though With A Strange Atmosphere