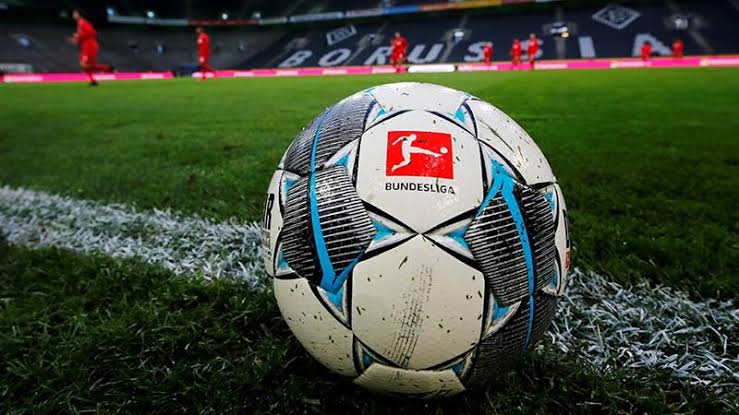 After almost two months without action, elite league football in Europe returned behind closed doors with the German Bundesliga setting the scene for what might be a template for others on the continent and indeed the rest the world to follow.

Football leagues had been suspended due to the Covid-19 pandemic with some like the French Ligue 1, the Belgian Pro League and Dutch Eredivisie effectively cancelled. But much attention now fell on Germany with the restart of the Bundesliga, and an anticipated derby between Borussia Dortmund and Schalke as the top pick fixture.
And it took only 29 minutes to get the first goal of the restart which came in that game at Dortmund’s 80,000 capacity Signal Iduna Park Stadium – albeit empty without fans watching in the stands.
No surprise, Erling Braut Haaland, Dortmund’s 19-year-old striker connecting with a low cross to flick home the opener. And his goal celebration seeming much symbolic of the new social distancing norms: a slight but amusing dance alone whilst teammates keeping their distance with smiles and applause without get too close.
Dortmund went to win the game 4-0, but strange though was the atmosphere in the stadium with the obvious silence bar some quite audible shouts and applause from the managers in the dugout.
“There is no noise. You shoot at the goal, you make a great pass, you score, and nothing happens”, said Dortmund coach Lucien Favre after the game. “It’s very, very weird.”
Also, substitutes players, many of whom and other coaching staff all wearing masks and sparsely seated on the bench or at the stands in keeping to strict hygiene protocols spelt out by the German FA and the leagues handlers as similar scenes like these were witnessed in the other 5 matches that held on Saturday which saw a total of 16 goals scored.
Dortmund’s win puts them a point behind league leaders Bayern Munich who will restart their Bundesliga title defense with a trip to Union Berlin on Sunday and on Monday night, Werder Bremen will host Bayer Leverkusen to complete match day 26 in Germany.
How much of an influence the restart of German football might have on other top-flight leagues in Europe or on other sporting events and franchises of similar fashion around the world would be of keen interest to many in the coming weeks.
But much of this will be sure to rest on both medical and political significance, as different countries navigate their own stages of ease of lockdown or extensions.