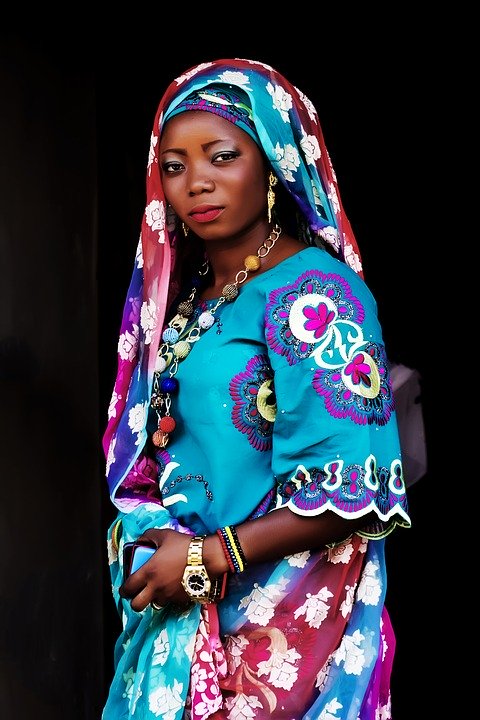 I don’t know a single Arewa (Northern Nigerian) household that does not watch Bollywood. This doesn’t necessarily mean the owners of the house are devoted fans; it is often the domestic workers who come together in the smallest sitting room to watch TV.

TV means Bollywood and Kannywood (the Hausa-language film industry based in Northern Nigeria) and for the domestic workers, never Hollywood. Bollywood resonates more with Northern Nigerians because our traditional values are similar. This is depicted in movie themes that mirror our realities. These themes range from chastity, modest dressing, reserved intimacy to obedience to parents, parent-figures, husbands and in-laws to the importance of marriage, giving birth to a male child down to the hush-hush culture around sex and sexual violence.

As opposed to Hollywood, in both film industries – as well as societies – religion plays an important role in the day-to-day lives of the characters and religious celebrations such as Diwali and Eid are depicted as colourful as they would be in reality. Marriage and burial rituals are also observed as joyously and as grief-stricken as they would be in real life. In such communities, the idea of arranged marriage is not frowned upon; it is expected to be celebrated and regarded as an act of obedience towards one’s parents and guardian.

It is also noteworthy that the all-so-familiar what will people say? logic resonates in the two movie industries and societies. There is an unapparelled desire for a family to uphold a good name; a name that commands not just respect – but also admiration and if needs be, a little bit of fear – among neighbours, colleagues and esteemed members of the community in which the family resides.

Because of these similarities, Bollywood has, over the years, had some influence on Kannywood. If they are not (unrealistically) bursting into a heartfelt song in the middle of a seemingly-emotional – and rather untimely – moment, they are hugging trees, hiding behind bushes and sneaking glances at each other (which aren’t exactly accurate portrayal of our culture).

They are playing with flower petals and having them kiss as a metaphor for the actors because kissing (then) could not been shown on TV. And my absolute favourite scenes – when they stare at their lovers’ pictures after a breakup and the first tear falling on the lovers face;  so viewers are expected to share that pain.

Then there’s the mother-in-law who is not necessarily a horrible person but cannot possibly be a mother to the protagonist, the daughter-in-law, who had already been through so much and has found a way to our hearts. Critics have written that Bollywood is so popular in this side of the world because Nigerians see themselves “in the stories portrayed by Bollywood.”

In addition to the imitation of scenarios, adaptations of Bollywood movies is not strange to Kannywood.

It would be unfair, and absolutely untrue, to leave the impression that Kannywood movies are always replicas of Bollywood; however, it cannot be denied that Kannywood has produced some adaptations of popular Bollywood movies. Zo Mu Zauna (Zo Mu Saba) (an idiom that stands for “Sometimes Happiness, Sometimes Sadness”) is the Hausa-language version of the Bollywood classic Kabhi Khushi Kabhie Gham (Sometimes Happiness, Sometimes Sadness).

Starring several Bollywood royals such as Amitabh and Jaya Bachchan, Shahrukh Khan, Kajol, Hrithik Roshan, Rani Mukerji and Kareena Kapoor, the 2001 classic Kabhi Khushi Kabhie Gham tells the story of the rich and highly esteemed Raichand family. Rahul – the first (albeit adopted) son of the household – is set to marry Naina, a girl from a similarly elite background but he impetuously falls in love with Anjali, an ill-mannered girl from a low-income family (she is the niece of the Raichand family housemaid, Sayeeda). To his father’s dismay, he refuses to marry Naina and the decision leads to his disownment. Years later, Rohan Raichand (Rahul’s younger brother) starts asking questions and goes on a quest to look for his brother. Rahul – now successful and living in London with Anjali, their son Krish, sister-in-law Pooja and Sayeeda – is reunited with his brother, who brings him back home. This is a story about brotherhood, elitism, love, obedience, traditions, sometimes happiness and sometimes sadness. With some changes to the storyline, the same plot is used for Zo Mu Zauna, as the themes resonate with Kannywood viewers.

Bollywood came to Nigeria in the 1950s, when Lebanese merchants found it to be the most profiting source of entertainment for the Hausas in Northern Nigeria.

The influence and localization of Bollywood in Northern Nigeria was facilitated by Arewa24, the first entertainment TV station that operates 24/7 in Hausa, which launched in 2014. It is one of the most accessible television channels in Nigeria, being available on DSTV, GoTV, etc.

With over 230 thousand subscribers to their YouTube channel and a playbook application, it has gathered hundreds of thousands of fans from not just Northern Nigeria but across Hausa-speaking West Africa. In addition to its 11 entertainment shows aimed at reflecting the day-to-day realities of Hausa societies, Arewa24 airs Bollywood movies and soap operas with Hausa voiceovers.

Before its launch, about a decade ago, it was easy for devout Bollywood fans to learn snippets of Hindi. As a fan in my teenage years, I learnt that nahi means no; ha means yes; kushi means happiness; shaadi means marriage; biwi means wife; dosti means friend; pyar means love; and paramparam means tradition.

From Bollywood, I learnt a lot about their religion and culture. I learnt that the bride wears red on her wedding day and they walk around in seven circles to signify the seven lives they will resurrect as soulmates; I know that corpses are burnt, and everyone wears white to the burial ceremony.

I learnt about the Sindoor and that upon entering her matrimonial home for the first time, a bride is expected to kick a bowl of rice. I know Diwali, the festival of lights; I, too, have taking part in this particular celebration. There are, of course, people who are much more fluent in the language, who speak fluent Hindi as a result of their dedication to Bollywood; and have used the talent in ways that will benefit them and their careers – such as the man who calls himself Ibrahim Sharukh Khan, after the King of Bollywood.

This influence has become a form of soft power that has seeped from our hearts to our culture. It is not completely bizarre to be invited to an Indian-themed event at Hausa weddings, or to see locals wearing Salwar Kameez, Indian jewellery, or to be served Tandoori Chicken and Chicken Masala at a Hausa event.

Jeremy Luedi, the editor of True North Far East, has reported that “in Nigeria, there is a Sufi male group named ‘Lovers of Indian’ which “sings Bollywood tunes with religious lyrics. Similarly, a host of modernized Qur’anic (Islamiyya) schools have adopted Bollywood music, with schoolgirl choirs singing the praise of the Prophet Muhammad in Hausa to the tune of Bollywood hits.“

He also cites the rise of Soyayya (love) books as a tool for the modernization of the Hausa woman in a conservative community and as reference Bollywood’s “conservative and innocent depictions of romantic love” as inspiration for the books. The books tell Bollywood fairy-tales in a Nigerian context, creating a genre that is accepted by local women. Almost 300 women, he writes, write such books a day and profit is still being made till this day. He samples Balaraba Ramat Yakubu’s Sin is a Puppy that Follows you Home.

To understand the impact of Bollywood in Nigeria, one needs not look far. Beyond the literary and blockbuster spaces in Northern Nigeria, the 2017 Abuja International Film Festival presented 310 submissions from India, the highest from any country. Years later, in 2013, popular singers and songwriters from Northern Nigeria came together to produce an album titled Harafinso: Bollywood Inspired Film Music from Hausa Nigeria.

Through Bollywood, India has some form of soft power over the Hausas in Northern Nigeria. Indian culture has found a way into our hearts and that admiration has turned into the need for imitation. We don’t just adapt Indian culture into our own film industry, we adapt it into our daily lives.