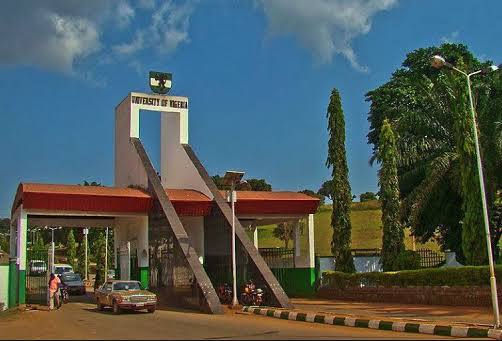 Kenneth Igwe (name has been changed) is a lucky young man in many respects. Like thousands of other hopefuls who try to get into the prestigious Law program at the University of Nigeria (Enugu Campus) every year, he filled his preferred institution and degree program on his JAMB form and took the exam last year. Unlike the majority of those who write the exam hoping to get into Nigeria’s oldest autonomous university, he actually made the cutoff mark and he got into the program along with a few hundred others.

Along with 416 other first year Law students at UNN’s Enugu campus, Kenneth began the first year of his degree program in January prepared to deal with the perils of ASUU strikes and everything else the Nigerian university experience would throw at him. As is so often the case in Nigeria however, there soon came an unexpected twist that nobody could have foreseen or planned for. Three months into the academic year, UNN suddenly reassigned 100 first year Law students to other courses – and informed them of the stunning decision by text message.

“Students May be Forced Into Depression”

Describing how it happened, Kenneth said:

“I was in my friend’s room on the 25 of March 2020, when a couple of friends rushed in to inform me that some of our colleagues have had their courses changed ie, some students courses had been changed from Law to other courses. I immediately logged into my student’s profile to verify mine and my course of study still showed law but when I checked messages in the class group chat, I began to read messages of some course mates lamenting. They had had their courses changed from Law to other courses.”

According to Kenneth, panic immediately set in as the affected students immediately began making calls to their parents, the Vice-Chancellor’s office and the Dean of the Law faculty. None of the respondents were forthcoming with any answers and at press time, no kind of official statement or clarity has been provided to explain what is happening or why. Even worse, this cruel, arbitrary culling of an in-demand course’s student population was not restricted to the Faculty of Law.

First year Nursing and Medical students were also affected, meaning that three months into a six year journey to becoming doctors, some students have had their dreams snatched away from them in an unbelievably callous manner. These students spent the entire pre-coronavirus period of this year attending classes and taking part in assignments and coursework. They have all paid the required tuition and administrative fees and they have valid student ID cards and matriculation numbers, which makes them unarguably students of UNN studying the course they were admitted to.

The first year Law program has now had more than 100 students excised from a class of 417 students. Kenneth is not one of those affected, which is why I mentioned at the outset that some might consider him lucky. He does not feel very lucky however, because he is witnessing firsthand the experience of toxic cruelty and incompetence his friends and colleagues are suffering and he says some of them are already falling into despair and depression. Barely three months into his first real adult experience of Nigeria, he as this to say:

“Why did these irregularities happen? The school is yet to make an official statement on why this happened. How did the selection happen? Why did the school wait this long before doing this? I understand that Nigeria is a country where anything goes but I want to help the affected students get answers.  Help us reach higher authorities and force them to address the situation because students may be forced into depression.” A concerned 100 level UNN student lamented to NewsWireNGR

Below are screen grabs of the messages received by some affected students.

What is Happening at UNN?

This is the latest in a series of embarrassing and inexplicable gaffes at UNN dating back several years. It will be recalled that in 2013 under the leadership of then Vice-Chancellor Bartholomew Okolo, the institution was dogged by several allegations of high level corruption and impunity including financial impropriety, embezzlement, illegal staff suspensions and student union government suppression.

In 2017, the  university’s student union body was thrown into a crisis with the widely reported impeachment of SUG president Joshua Ezeja, who was at the time away in Sweden on an official trip. Upon his return to Nigeria, Ezeja resumed in office and there is no indication that the purported impeachment actually took effect.

The situation has not improved significantly since then. Cursory online research using the search string “University of Nigeria Nsukka scandal” reveals no fewer than four other unresolved allegations of serious misconduct currently swirling around the name of the institution including allegations of whistleblower persecution, sexual harassment and age falsification on the part of faculty members.

It remains unclear exactly what the institution intends to do to address the concerns raised by students affected by its latest bad headline, or any of the several others that have come before. While researching this story over the past four weeks, I repeatedly attempted to establish email contact with the Vice-Chancellor Charles Igwe Arizechukwu, his deputies James Chukwuma Ogbonna and Edith Nwosu, and the university registrar Chris C. Igbokwe. None of them had responded at press time.

In the meantime, Kenneth says his affected coursemates have received another message informing them that they have until April 30 to accept the changes on their student profiles. Exactly what will happen to them if they do not accept these changes is unclear.