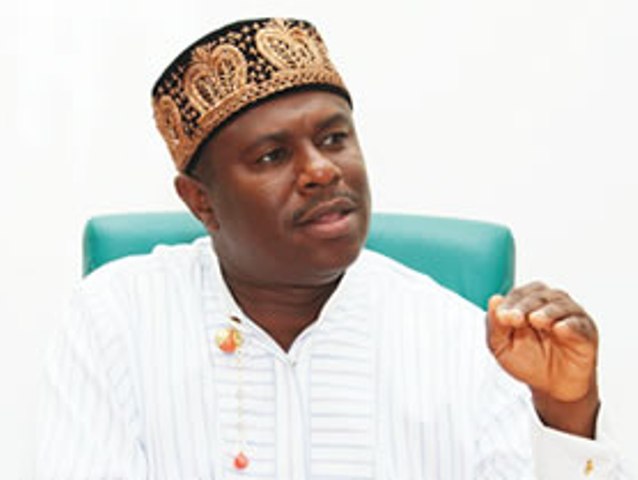 President Muhammadu Buhari has approved the appointment of Dr. Bashir Jamoh as the Director-General of the Nigerian Maritime Administration and Safety Agency (NIMASA). He will replace Dakuku Peterside who has been the head of the maritime agency since 10th March 2016 and whose tenure ends on 10th March 2020.

Meanwhile the Muslim Rights Concern (MURIC) has congratulated the new Director-General, Dr. Bashir Jamoh. According to MURIC, Jamoh’s appointment is timely, appropriate and well-deserved. The organisation’s comments were contained in a press statement issued on Thursday 5th March, 2020 by its director, Professor Ishaq Akintola.

The group said, “The appointment of Dr. Bashir Jamoh as the new Director-General of NIMASA is timely, appropriate and well-deserved. It is reward for hard work and dedication to duty. With an intimidating curriculum vitae and an inexhaustible work experience both within and outside NIMASA, Jamoh has the wherewithal to take the maritime agency to the next level.

“A man who is the current Executive Director (Admin and Finance) in the same NIMASA and the current president of the Chartered Institute of Transport Administration of Nigeria (CIoTA) cannot be described as unsuitable by any standard for the position of director general of Nigeria’s maritime agency.

“But there are more overwhelming facts to prove that Jamoh knows his onions and President Buhari has put the right peg in the right hole. He had served with the Nigerian Maritime Authority (NMA) from 1994 to 2003. His stint in NIMASA began in 2003 when he joined the agency as an assistant chief commercial officer, eastern and central zones.

“He rose through the system with different spells in the protocol and transport units, assistant director (statistics and research), etc. Jamoh’s selling point was his establishment, equipment and management of NIMASA’s ultra-modern training centre with capacity to accommodate 200 participants at a time. He successfully planned, managed and appraised capacity development of the largest maritime organisation for about a decade. He also elevated the agency’s training to world-class standard.

“Bashir Jamoh holds a master’s degree in management from Korea Maritime and Ocean University, a post-graduate diploma in management sciences from Bayero University, Kano and a diploma in accounting from Ahmadu Bello University, Zaria. He capped the edifice with a doctorate degree in Logistics and Transport Management. An erudite scholar, he is the author of the book, Harnessing Nigeria’s Maritime Assets: Past, Present and Future.

“As an astute administrator and mentor, he has organised and facilitated leadership training and manpower development programmes in several countries including the United Kingdom, the United States, United Arab Emirates, South Africa, Brazil, Malaysia and Sweden.

“MURIC commends President Buhari for manifesting visionary leadership in his choice of Bashir Jamoh for the position of Director General of NIMASA. We are waiting for wailers and their characteristically divisive outcry against every appointment made by this administration. It is either nepotism, Islamisation or Fulanisation. But they did not see Afeniferisation when Dr. Folashade Yemi-Esan was appointed on Monday, 2nd March, 2020 as the new Head of Service (HOS). Yemi-Esan succeeded Mrs. Winifred Ekanem Oyo-Ita, another Christian and Southerner. But the Muslims have not cried foul. Neither have the Northerners screamed blue murder.

There is indubitable evidence that balance has been maintained in the choice of Bashir Jamoh. The outgoing director general, Dr. Dakuku Adolphus Peterside, is a Christian and a Southerner while his successor, Dr. Bashir Jamoh, is a Muslim and a Northerner.

For the records, other director generals of the agency in chronological order were John Egesi, George Mbanefo Eneh, 1999, Architect Ferdinand Agu 2000 – 2005, Engineer Festus Ugwu, Mrs. Mfon Usoro, Dr. Shamsudeen Adegboyega Dosunmu, 2007, Temisan Omatseye, Zaikede Patrick Akpobolokemi 2010 – 2015 and Dr. Dakuku Peterside (2016 – 2020). The number of Muslims who have headed NIMASA is therefore three (3) only while nine Christians have headed the agency. This data knocks the bottom off the buckets of those who have been claiming that Christians are marginalized in Nigeria. They have only been shedding crocodile tears, misleading Nigerians and the international community.

In conclusion, MURIC heartily congratulates the 13th director general of NIMASA and wishes him a successful tenure. We also commend President Buhari for picking the most suitable candidate for the job.

Related Topics:Nigerian Maritime Administration and Safety Agency
Up Next

To boost business in Nigeria, Senate President is pushing to amend the companies and allied matters Act