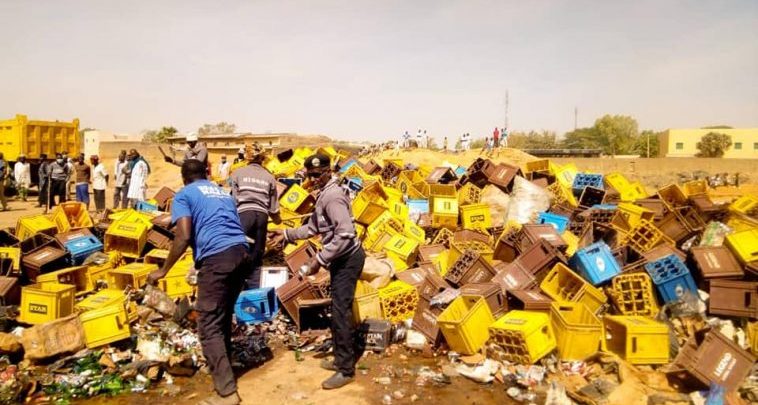 One of the most interesting anecdotes I like to recall from my Marketing career was when I spoke to a senior management type at one of Nigeria’s two major brewery companies. Before making it to his position, he had cut his teeth in Sales, then in Marketing and he had one particular story he liked to tell younger colleagues illustrating the importance of always investigating and never making assumptions.

According to him, when he was given a sales management brief that covered much of northwestern Nigeria, he nearly resigned because he considered that to be the proverbial “graveyard shift.” At a time when Sharia law had been codified into the laws of 12 northern states effectively criminalising alcohol, he saw this brief as a sign that he was being prepared for the sack. After all who could hit their sales targets in a region where one could not even sell beer?

Instead to his amazement, he discovered that his sales figures were not only far above zero, but actually growing at a pretty fast clip. He was not just hitting his sales targets, but crushing them and setting new records – through no significant effort of his own. He kept expecting the statistical anomaly to fall away but it didn’t. Eventually, after about four months of witnessing the amazing unexplained phenomenon of fantastic beer sales figures coming out of Kano of all places, he decided to go there in person and investigate.

What he discovered upon getting there totally blew his mind. Apparently Sharia or no Sharia, men drank beer. Not openly of course, but hardly invisible either. Away from the conservative core city in a southern settlement called Sabon Gari, his brand and every other available beer and alcohol brand did a brisk trade. Traders. Soldiers. Policemen. Women in burqas and children clutching flasks which they poured the frothing beverages into, ostensibly having been sent by family patriarchs who were too devout to be seen in such surroundings.

Apparently a single cartel organised the alcohol trade in Kano and across the northwest, getting the product trucked in under various guises and distributing it with all the streetwise subtlety of cocaine dealers in Baltimore. It was of course, a high risk endeavour as the Hisbah police could strike at any time, which would result in arrests and millions of naira worth of product being destroyed or confiscated never to be seen again.

This was the reality of doing a legitimate business in Lagos and trying to expand it to Kano. It was highly profitable to the enterprising businessmen in Kano and exhilarating to our friend at the brewery company who got to not only keep his job but outdo even those working the hedonistic beer party that is Lagos. It was also dangerous, confusing and contradictory, because the job that made him an unspectacular law-abiding, tax-paying citizen in one part of the country, apparently made him a criminal in another part of the same country under the same constitution.

And that’s only where the contradictions kicked off.

“This industry shouldn’t exist. Now give us its revenue.”

Last week, the Kano State Hisbah Corps again announced triumphantly that it had seized and destroyed another shipment of alcohol. This time, it was seven trucks filled with alcoholic beverages intercepted in an operation at Sabon Gari. ‘Commander-General’ Shiekh Harn Ibn-Sina revealed that six people were arrested by the Hisbah Corps under the remit of a 2004 state law prohibiting the sale of alcohol and other intoxicating substances.

Here is why this simply does not scan.

Currently, the Nigerian government charges an alcohol excise duty of N35 per litre, which makes alcohol one of the most expensively taxed items in the country, comparable only to cigarettes. Along with VAT and other types of sales taxes, these funds are collected by the Federal Inland Revenue Service (FIRS), from where they are deposited into the Federation Account for onward distribution to states via monthly statutory allocations.

The obvious elephant in the room here is that while 12 states in Nigeria actively try their hardest to destroy a legitimate industry for a shallow political reason that came into existence in 2002, they also take a share of the earnings brought in by that industry. While the Hisbah police in Kano are out looking for disguised trailer loads of beer to intercept and destroy, the governor concurrently receives a share of the alcohol excise revenues collected from successful sales of the product.

What makes the joke even more meta is that alcohol is effectively taxed at source, meaning that the FIRS gets paid even before it even reaches the final consumer. Hence, every trailer load of beer that makes it to the secret dispensaries of the several Sabon Garis around northern Nigeria are helping to fund the very operation of the state-funded Hisbah police. Every intercepted cargo which loses its owner millions of naira helps to weaken the beer business and thus threatens a major source of internal government revenue that keeps the whole sham running.

Perhaps most ridiculous is that even if it were possible to defeat fundamental human nature and completely end the sale of alcohol in its entirety across those 12 northern states, alcohol excise revenue would still be shared with them anyway. This is a situation that cannot possibly make sense, and is possibly long overdue to be challenged in court. Worst of all, it is a situation that actually has no basis in the religion it purports to come from.

Sharia Law Is Actually Quite Sensible on This Issue

Surprising as it may seem to some, an examination of the alleged doctrinal basis of the economic self-sabotage by the so-called Hisbah police outfits across these states reveals that Sharia law did not at any point in time recommend the destruction of property and legitimate businesses to fit a prohibition agenda. Alcohol consumption is considered ‘Haram’ (forbidden) under Sharia law, but crucially nobody is instructed to go around enforcing this on others.

The word ‘Hisbah’ under Islamic theology refers to how Muslims voluntarily maintain behavioural standards in line with their religion on a personal and group basis – emphasis on ‘voluntarily.’ At no point is there an instruction for barely literate state-sanctioned thugs to go around trashing crates of Star Lager and breaking millions of naira worth of merchandise (which ironically is funding their very existence). As in so many other cases in Nigeria, politicians have hijacked a religious doctrine and added an incendiary expression to it so as to create conflict that previously did not exist between believer and non-believer, and thus divide and rule.

What is more, according to a respected Islamic scholar, there is no scriptural basis for a state that purports to be under Sharia law to accept alcohol excise revenues. Speaking to Punch recently, Dr. Sanusi Lafiagi said:

It is not right for them to share from the proceeds of haram things. That would amount to double standards. Islam forbids the sale of beer and partaking in the proceeds from such haram product is haram. Sharia-compliant states must have nothing to do with the proceeds of alcohol, if they are sincere in their practice of the Sharia. This is the truth. Imam Ahmad narrated that the Messenger of Allah (upon him be peace) said: “If Allah prohibits the consumption of a thing, He prohibits its proceeds, too.”

As the quote above shows, the entire point of alcohol prohibition under Sharia law is to fulfil a personal religious obligation – not to carry out loud, insincere, performative and forced piety that destroys property, weakens economies and results in people carrying beer-filled flasks home from Sabon Gari under the cover of darkness. Sharia exists to be a standard for Muslim faithfuls, not an excuse to criminalise people carrying out business that the Nigerian constitution counts as legitimate.

In the event that a state were to make a good faith decision to become subject to Sharia law, it would have to take the extraordinary step of exempting itself from accepting allocations funded by alcohol excise income. Clearly that is not the case across northern Nigeria, so we are left with a dangerous and unsustainable situation as Nigeria’s social and economic conflict continues moving toward a head.

In his time, my senior colleague had fun at least. Nobody is having fun now.