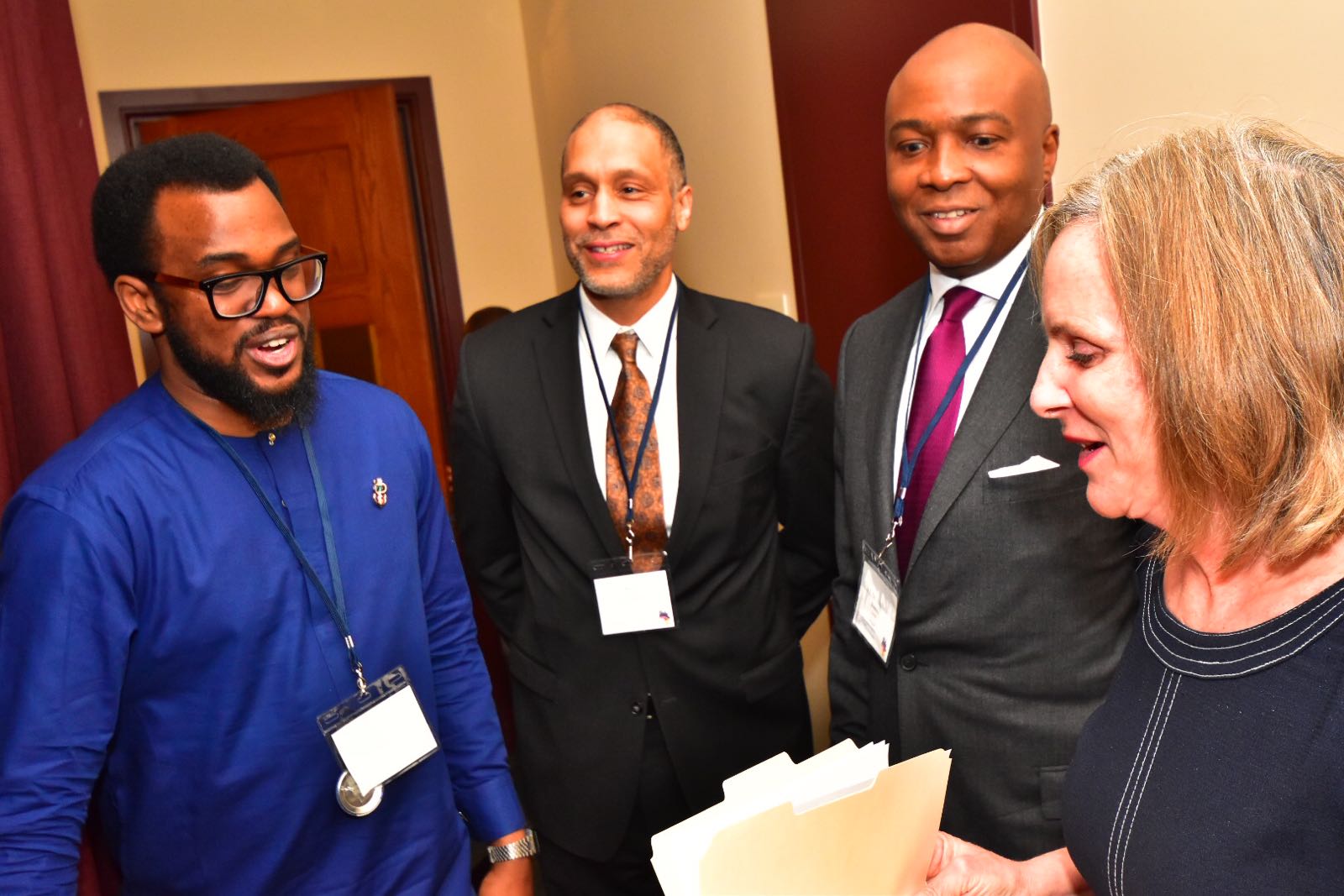 In his remarks, Saraki made a case for quality higher education and the creation of the right conditions and opportunities for entrepreneurship and employment in both Nigeria and Africa — while urging the world to take note that truly, Africa has come of age.

These are the highlights.

#1. ON HOW THE PERCEPTION OF AFRICA IS CHANGING GLOBALLY

“…our gathering is in some way a reflection of the changing attitudes towards the continent. It used to be the case that when those in the West thought of Africa, all they conjured up were images of conflicts, epidemics and despots. While we still have reports of conflicts and outbreak of disease on CNN, BBC and Al-Jazeera, we also now have programs like ‘Inside Africa’, ‘African Voices’, ‘Marketplace Africa’, and ‘Africa Business Report’– that showcase entrepreneurial acuity, talent and innovation.”

#2. ON HOW AFRICA’S YOUTH POPULATION IS AN OPPORTUNITY

“Africa is home to about 1.3 billion people and her population is expected to double by 2050… A large youth population such as ours means a huge market in terms of consumption, services and labor. However, for Africa to benefit from the demographic dividends that a massive youth population offers, we must make the right investments in quality higher education and create the right conditions and opportunities for entrepreneurship and employment. No African country can do this alone.”

#3. ON WHY WE MUST STRENGTHEN THE PURCHASING POWER OF NIGERIA’S MUSIC INDUSTRY

“A large market is only useful when the people have the necessary purchasing power; and a huge population is only an asset when it is productive. My country, Nigeria, is already a population powerhouse, the largest in Africa and the seventh in the world. Our population currently stands at 180 million and it has been rising at the rate of 2.7% since 2010. The UN predicts that Nigeria will close in on the 300 million people mark by the year 2050 – overtaking the United States as the third most populous country on earth.”

#4. ON WIZKID, DAVIDO, PHYNO, AND THE GROWTH OF NIGERIA’S MUSIC INDUSTRY

“Another sector that provides value addition and comparative advantage is the Entertainment industry, which has grown tremendously over the last 20 years… Nigerian musician Wizkid recently sold out London’s prestigious Royal Albert Hall, and is much sought after for collaborations with major American Music artists. Whilst interacting with Wizkid recently, he told me he ‘filled a stadium of 40,000’ in Gabon a French-speaking country where they didn’t understand a word of his lyrics; and he himself was astonished. The Shoki dance movement went from the back streets of Lagos to galactic heights in the music video of U.S. Hip-Hop artist, Missy Elliot. I remember in my younger days, if you went to a disco party in Nigeria, the deejay would play 100 per cent American RnB like Shalamar, The Whispers and Earth Wind and Fire. Now, no such thing. Nigerian musicians like Davido and Phyno are all the rage. I would never have thought in my lifetime that I would see this happen. We have come full circle.”

“The same can be said of Nollywood, which is the second largest movie industry in the world; and is another bold example of people creating a value chain as though from nothing. When the first video feature in what would become known as Nollywood, a film called ‘Living in Bondage’ was released in the mid-90s, few could have imagined the huge industry it would spawn, but here we are today. Nollywood stars are known the world over, and the industry employs thousands of Nigerians. So influential are these stars that, when news spread recently a major Nollywood star had been cast in a small role in a Hollywood film, Marvel’s ‘Avengers: Infinity War’, Nigerians went wild. It turned out to be fake news, but maybe we are on to something. Marvel Studios, if you are listening, if you want an audience of millions in Africa for your upcoming film, then there is a casting decision you need to make.”

“In Lagos, tech start-ups not only weathered the recession unscathed, they are attracting major seed funding, driving business growth and are impacting in every value chain imaginable, from agriculture to blood banks. We cannot say it enough that Nigeria has some of the most talented, hardworking and innovative young people in the world. This much was attested to by Mark Zuckerberg when he visited Nigeria some time ago. He said: “I was highly impressed by the talent of the youths in the Co-Creation Hub in Yaba. I was blown away by their talent and the level of energy.”

#7. ON NURTURING RAW TALENT IN AFRICA

“African governments must provide an enabling environment for the nurturing of raw talent. Our education system ought to move away from a theory based approach and paper certification to inculcating practical skills that support apprenticeship and boosts innovation and industry. This is the place of Vocational and Technical education which provides that the youth inculcate practical skills that will not only make them employable but will also help the continent in building an army of job providers.”

“Fashion, construction and ICT are all massive job creation sectors. However, unless we develop real capacity for value addition in a way that enables Africa to take charge of the production process, others would continue to derive greater benefits from the talent and opportunities that abound in our continent while our youth go without. One of the major issues in this regard is access to credit, which remains critical in entering, establishing, or moving up value chains… The Companies and Allied Matters Act (CAMA) makes provision for the regulation of SMSEs as well as greater access to credit. These are just a few of the many legislative interventions of the National Assembly so far, with many more in the works.”

Office of the Senate President