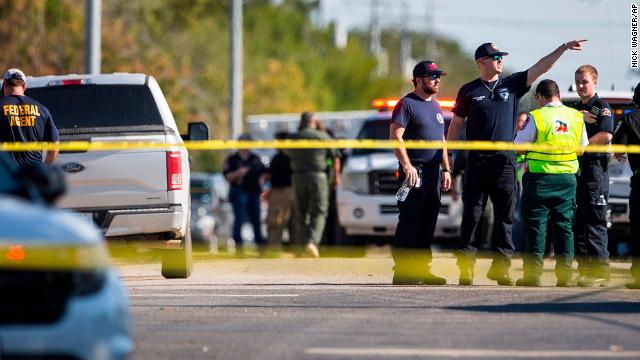 Four patients were transferred to University Hospital in San Antonio for higher level of care. One patient was in critical condition and airlifted.

Three patients were treated and released, and one patient remains in stable condition at Connally Memorial Medical Center in Floresville, Texas, about 15 miles from the church.

Sherry Pomeroy says neither she or her husband were at the church today when the shooting occurred.

At least 20 people were killed in the shooting, according Wilson County Sheriff Joe Tackitt.