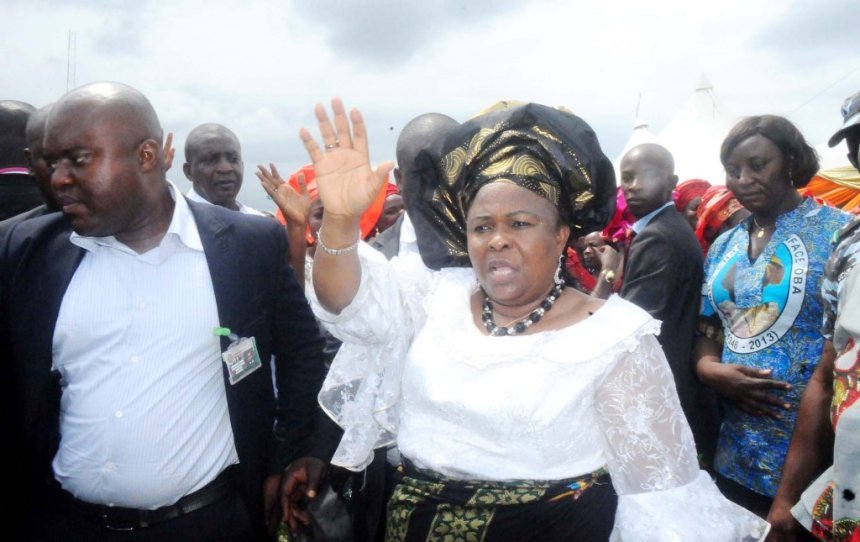 Justice Mojisola Olatoregun of a Federal High Court in Lagos has suspended further proceedings in the hearing of an application by the Economic and Financial Crimes Commission (EFCC) seeking permanent forfeiture of the sum of $5.8million belonging to a former first lady, Dame Patience Jonathan.

The action was to allow the Court of Appeal, Lagos Division, decide on an appeal filed by Mrs Jonathan to challenge the temporary forfeiture of the money by the judge.

Justice Olatoregun had on April 26, in a ruling on an ex-parte application by the anti-graft agency ordered a temporary forfeiture of the money to the Federal Government.

She also ordered the temporary forfeiture the sum of N2,421,953,522.78 found in an Ecobank Nigeria Ltd account numbered 2022000760 in the name of La Wari Furniture and Baths Limited, which the commission said is linked to the former first lady.

Addressing the court on the issue, Mrs Jonathan’s lawyer, Chief Ifedayo Adedipe (SAN), said he has filed an application for stay of proceedings pending the final determination of his client’s appeal against the order temporarily forfeiting her money to the government.

In his submissions, lawyer representing La Wari Furniture and Baths, Chief Mike Ozekhome (SAN), while urging the lower court to stay further proceedings in the matter revealed that the appellate court has already fixed July 5 to hear the case.

Minister of State for Petroleum Resources, Dr. Ibe Kachikwu Threatens To Resign At The End of Buhari’s Tenure