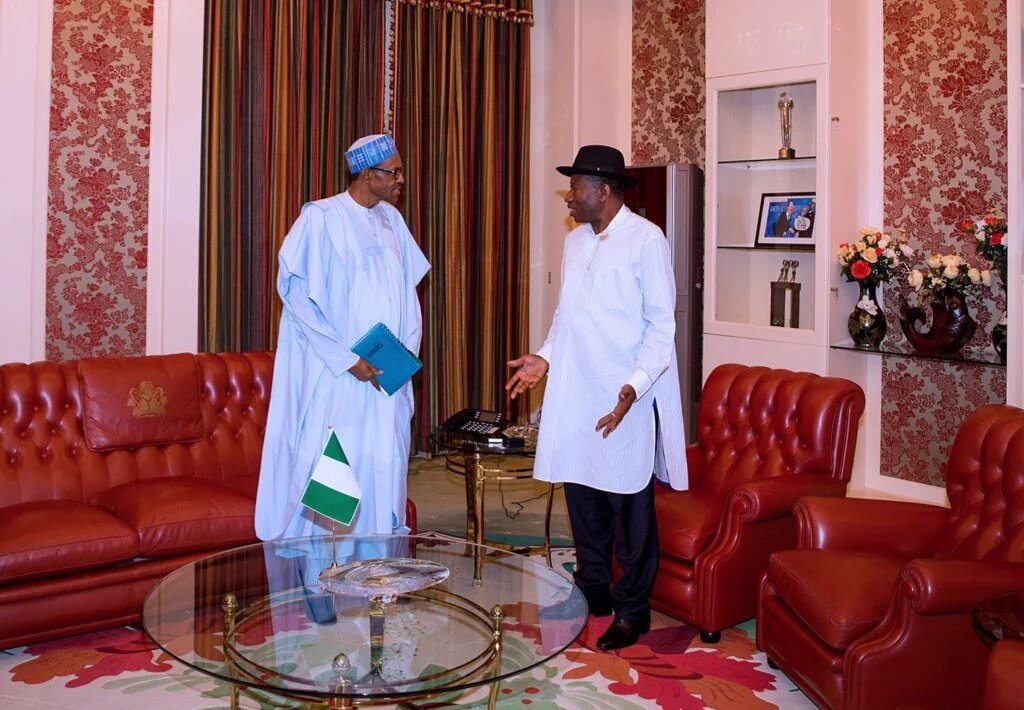 Even after leaving power, some Nigerians still believe that former President Goodluck Jonathan headed the most corrupt government in the history of the country.

Jonathan is often alleged to have supplied the oxygen for the malfeasance in his administration.

But the former president says some Nigerians who accuse him of corruption are the most corrupt.

In an advance copy of ‘Against the Run of Play’, a book which details how the former president lost the 2015 election, written by Segun Adeniyi and seen by TheCable, Jonathan said those who were quick to make allegations of corruption against other people harboured loads of the virus.

“By virtue of being President of Nigeria, I have come to know so many things about so many people,” he said.

“Some of the most corrupt Nigerians are the ones who speak most loudly about corruption. Once you have access to the media in Nigeria, you have the liberty to accuse others of corruption regardless of what you are doing.”

Also, one of the issues for which Jonathan was pilloried was his refusal to publicly declare his assets as the late Umaru Musa Yar’ Adua, his predecessor, did.

But in the book, he said it was a matter of conviction for him, and that he had advised Yar’ Adua against it.

“I remember I told the late President Yar’ Adua that it was wrong to declare our assets publicly and I explained why,” he said.

“I told him that the drafters of the law knew what they were doing when they wrote the provisions the way they did, such that assets of public officials have to include that of their spouses.

“Imagine a businessman whose wife was invited into government and she has to declare (hers and husband’s) assets publicly. I told him that what the law required was to declare and those who have questions can then apply the same law to find out.”

He accused the media of bias for supposedly not harassing President Muhammadu Buhari whom he said did not publicly declare his assets as he promised.

“The same media and civil society that attacked me kept quiet when President Buhari refused to make public his asset declaration form as he promised,” Jonathan said.

“In my own case, I was attacked for not doing what I never promised.”

The former president also said he dealt with corruption in his administration, citing his sacking of Stella Oduah, former minister of aviation, after she was indicted.

“You know Stella Oduah played a prominent role in my campaign in 2011. But when the investigation I ordered was carried out and the indictment was confirmed, I had to relieve her of her position,” he said.

“Up till today Stella hates me for her removal. No doubt, it was a very hard decision for me to take, but that was what leadership demanded.”