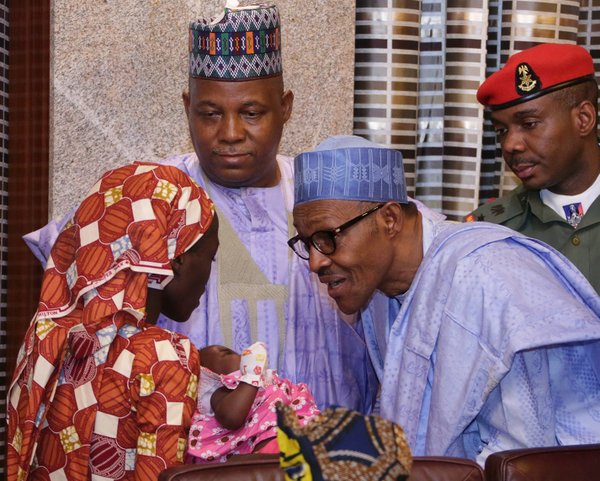 President Muhammadu Buhari says his government is in touch with the captors of the Chibok girls to secure their release.

The president urged Nigerians not to lose hope that the girls would return, assuring them that he would do his best to reunite abducted girls with their parents.

In a message on the third anniversary of the abduction of the girls, Buhari consoled the parents of the girls, saying, “I feel what you feel”.

“We were determined to secure the release of the Chibok girls and others forcefully abducted from their homes and communities and retake the occupied territories,” he said in a statement issued by Femi Adesina, his spokesman, on Thursday.

“Determined to secure the freedom of the abducted girls and recover lost territories, this administration gave the necessary political and logistical backing which energised gallant members of our armed forces and other security agencies to overrun the headquarters of Boko Haram in the Sambisa Forest and scatter the terrorists from their strong base.

“Today, the group has been degraded and is no longer in a position to mount any serious, coordinated attack, other than sporadic suicide attacks on soft targets. Even at that, their reach is very much confined to a small segment of the northeast where they had previously held sway unchecked.

“On the Chibok girls, we have had reason to celebrate the return of twenty-four of them and thousands of other Nigerians who were forcibly abducted by the terrorists.

“Furthermore, government is in constant touch through negotiations, through local intelligence to secure the release of the remaining girls and other abducted persons unharmed.”

He sent special appreciation to the parents and families that had endured three years of agony waiting for the return of their children.

“I feel what you feel. Your children are my children. On this solemn occasion, my appeal is that we must not lose hope on the return of our remaining schoolgirls,” he said.

“Our intelligence and security forces, who have aptly demonstrated their competence, are very much equal to the task and absolutely committed to the efforts to find and return the schoolgirls and others abducted by Boko Haram.

The president emphasised that the federal government was willing to bend backwards to secure the release of the remaining Chibok girls.

“We have reached out to their captors, through local and international intermediaries, and we are ever ready to do everything within our means to ensure the safe release of all the girls.”

On April 14, 2014, 276 girls were abducted from Government Girls Secondary School, Chibok, Borno. Out of that number 81 have regained freedom, while 195 are still in captivity.