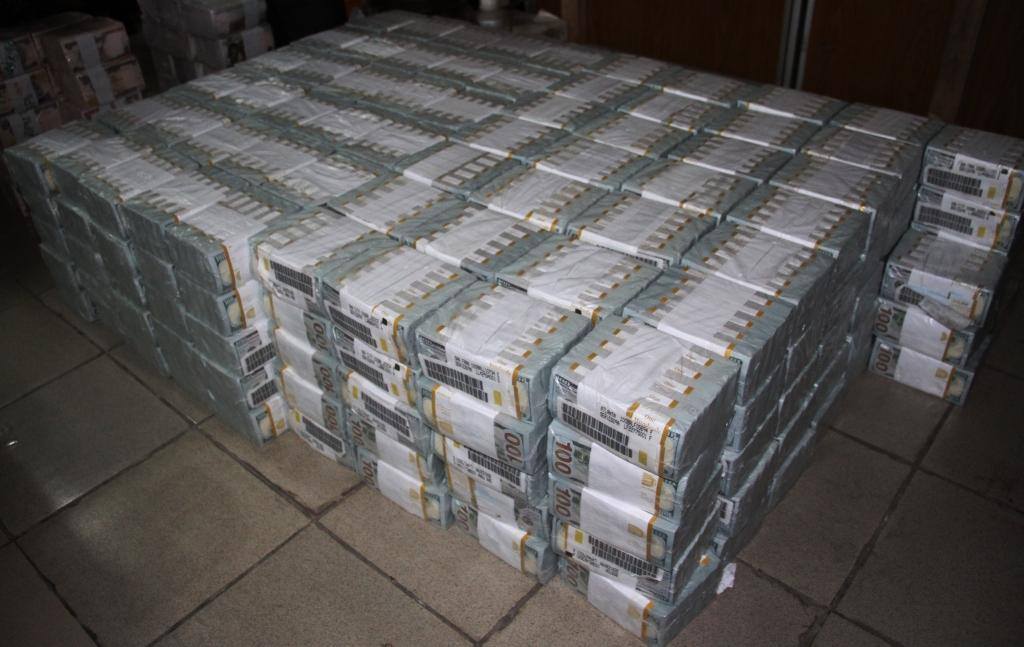 Constitutional lawyer, Mike Ozekhome, SAN, says the millions of Dollars, Pounds and Naira, found in an apartment in Ikoyi, Lagos, among other discoveries were meant to divert attention from the hunger, squalor, fear, disease, non-performance and cluelessness of APC government, adding a “serving Minister” owns the money.

He added that the recent developments are ploy to making sure that Acting Chairman of the Economic and Financial Crimes Commission, EFCC, Ibrahim Magu, remains in charge of the agency.

The human rights activist made the claim in a statement yesterday where he said that “the farcical story that National Intelligence Agency NIA, Nigeria’s external secret Police has claimed ownership of the sum of $43.4m, £27, 800 and N23.2m is total hogwash, bunkum and balderdash.

The discovery has generated controversy and finger-pointing, with former governor of Rivers State now Transport Minister being accused of owning the cash.

Ozekhome, in his statement, said, “Let this government and its minions credit Nigerians with some modicum of sense and capacity to reason, even with their valiant attempts to cow, browbeat and intimidate all opposition elements and critical voices in their so called corruption war.

“At least, not even the terror halo cast on our individual and collective psyche has dulled our analytical minds.

“The entire theatricality and Baba Sala’s Alawada Kerikeri buffoonery ought to be reserved for some circus show at the National Theatre or Trafalgar Square, where comedians and humour merchants entertain.

“It is so, so sad that all these national diversions are simply geared towards highlighting and emphasizing the omnipotence and indispensability of just one man, Ibrahim Magu, as Executive Chairman of the EFCC. We should build strong institutions, not strong individuals.

“All these so-called humongous recoveries of orphaned monies are simply geared towards showcasing ineffable efficiency, effectiveness and matchless proficiency.

“It simply doesn’t work that way. In the USA, wherefrom we borrowed our presidentialism, the equivalent agency works silently behind the scene, only seen, but never heard, except where it becomes absolutely necessary.

“But, here in Nigeria, the EFCC engages in grotesque media trial, hifalutin and shocking disclosures of orphaned monies whose destinations after the media hype are never known.

“Where are all the alleged recoveries of are vast sums, attached properties, etc, made by the EFCC, kept and how much are they?

“When asked this question by the Senate during screening, Magu told a shocked and bewildered Nation he did not know!

“We seem now fixated to name, shame and humiliate Nigerians with the paint brush of shame, odium, obloquy and denigration.

“How can about N15 billion be found in highbrow Osborne Road, Ikoyi, by no means a back squalid street?

“How can a foreign arm of the Nigerian secret Police, the equivalent of CIA, keep such hard currency in cash at an unguarded apartment, tucked away with many other apartments in a block of flats, not in a separate heavily fortified and fiercely guarded stand -alone building that has “keep off” carefully imprinted on it?

“What was it meant for and who approved it and in which budget?

“Who was the whistle blower that could identify that such money was “hidden” in the bedroom in flat 7A, leaving out flat 7B, yet not knowing who kept the money there or its ownership?

“Why was EFCC not pictured or videotaped going into the apartment, before we suddenly saw an arranged “counting” of money?

“Is there no CCTV in such a highbrow wealthy society members abode?

“Can we see the footages please? Only last week, N49m orphaned sum was “arrested” at Kaduna Airport!

“Then, suddenly another sum of orphaned N448m was “discovered” in an ownerless shop in Victoria Island.

“Who owned the plaza? Who sold there? Are there no CCTV there? Can we see them please?

“The truth is that all these simulated ‘arrangee’ discoveries can only temporarily divert attention from the hunger, squalor, fear, disease, not performance and cluelessness of this government.

“But, unfortunately, even lies have their expiry date. Truth is inexorable, immutable and eternal.