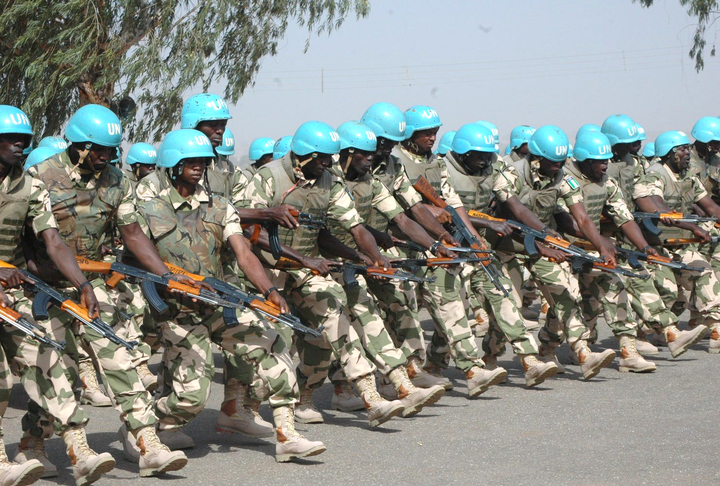 TROOPS RAID ILLEGAL REFINERIES IN NIGER DELTA
In its effort to protect oil and gas infrastructure in Niger Delta, troops of Operation Delta Safe (OPDS) have intensified its operation to frustrate the activities of economic saboteurs across the region. Accordingly, troops of Nigerian Naval Ship (NNS) Delta successfully carried out a raid on 2 illegal refineries along LAPASE CREEK in Warri South of Delta State. During the raid, 11 metal tanks, 5 dug pits with about 1750 Tons of suspected stolen crude oil and 170 Tons of illegally refined AGO were impounded.Similarly, troops of Sector 3 also destroyed a large illegal refinery with multiple dumps at ALAKIRI in Rivers State. The bunkerers on sighting our troops set fire on parts of their bunkering camp to deny access to the illegal site. However, the troops on patrol put off the fire and destroy the illegal refinery site. We are therefore appealing the law abiding members of the public to support operational activities of Operation Delta Safe with valuable information that would lead to achieving our mandate which is “To protect Oil and Gas Infrastructure, Deter and Prevent Sea Robbery, Crude Oil theft and other Criminalities within the Joint area of Operation that could impact negatively on economic activities in Niger Delta”You are please requested to disseminate this to the public through your medium. Thank you for your usual cooperation. SignedABUBAKAR ABDULLAHIMajorCoordinator, Joint Media Campaign Centre………………………………………………..NIGERIAN AIR FORCE FIGHTER AIRCRAFT DESTROYS BOKO HARAM TERRORIST VEHICLE MOUNTED WITH ANTI-AIRCRAFT GUNThe Nigerian Air Force (NAF) fighter jets yesterday successfully intercepted a group of Boko Haram Terrorists (BHT) moving in an Hilux vehicle mounted with anti-aircraft gun. The armed vehicle was sighted at Talala in Northern Borno by an Intelligence, Surveillance and Reconnaissance (ISR) aircraft on patrol, which then called for strike by combat platform. Following the alert, two Alpha Jets were immediately scrambled to the location.Whereas the insurgents, on sighting the attacking aircraft, fled for cover under nearby trees, the vehicles were attacked and were completely engulfed in an inferno. Follow-up battle damage assessment (BDA) by NAF ISR aircraft revealed that the air strike was successful as the vehicles were completely destroyed as shown by the enclosed declassified footage of the operation. Recall that the NAF has intensified ISR missions over the entire theatre of operation in the North East, especially around Northern Borno. The objective is to prevent the remnants of the BHT from regrouping with a view to launching attack on own troops on clearance operations as well as people within the host communities. You are please requested to disseminate this information in your media for the awareness of the general public. Thank you for your usual support and cooperation.     AYODELE FAMUYIWAGroup Captain Director of Public Relations & Information

Dasuki Asks for Consolidation of Charges, Court Order Forfeiture of 17 Vehicle of Ex-Customs Boss to FG