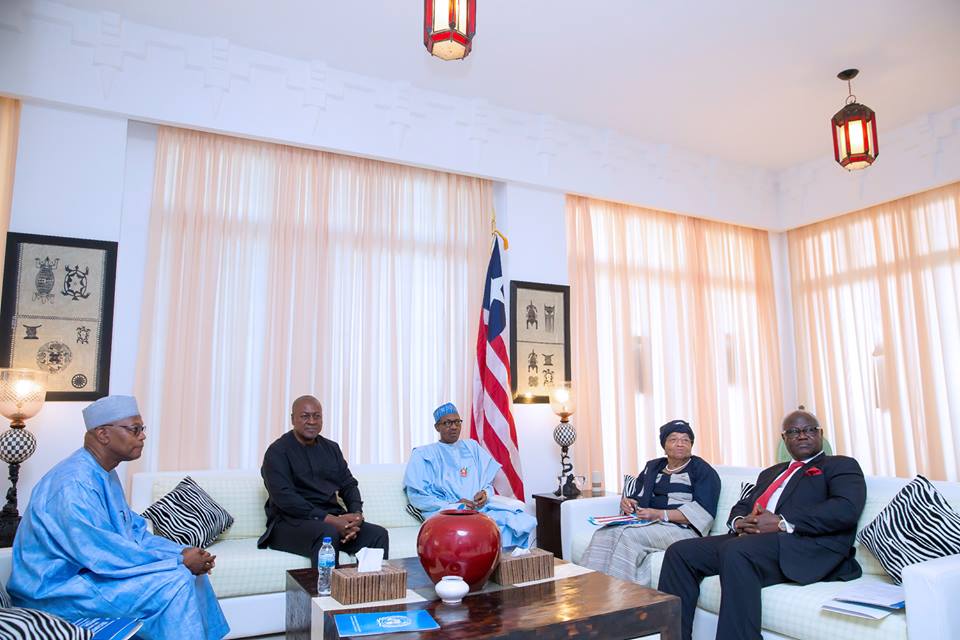 The information is in a statement in Abuja by Mr Femi Adesina, the Special Adviser on Media and Publicity to the president.

Adesina stated that the Nigerian leader, who arrived the Gambia with President Ellen Johnson-Sirleaf of Liberia, the current Chairperson of the Authority of Heads of State and Government of ECOWAS, were received at the airport by Gambia’s Vice-President, Isatou Njie-Saidy.

President Ernest Bai Koroma of Sierra-Leone was also on the visit.

Adesina said the out-going President of Ghana, John Mahama, who had earlier arrived Banjul, would also join the West African leaders to meet President Jammeh at the CoCo Ocean Resort and Spa, Banjul.

President Buhari and the ECOWAS leaders would discuss the ensuing impasse in The Gambia with President Jammeh, and insist on the sanctity of the electoral process, and respect for the wishes of the people.

“They would also ask their host to respect the Constitution of The Gambia and to maintain the inviolability of an electoral process that had been concluded, and in which he had admitted defeat, and congratulated his main challenger.

“The leaders are also scheduled to meet the President-elect, Adama Barrow.”

President Jammeh had earlier conceded defeat in the election, after a 22-year rule, but recanted a week later, asking for fresh polls to be conducted by a “god-fearing and independent electoral commission.”

President Buhari is expected back in Abuja later today.