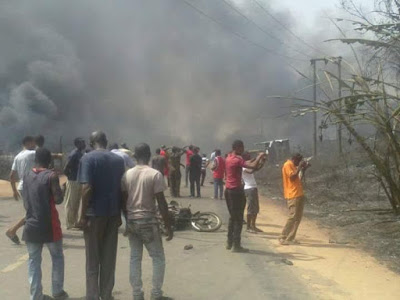 Nigeria National Emergency Agency, NEMA has confirmed that only two persons who were the suicide bombers died in a botched attack in Maiduguri, Borno State on Sunday.

The incident occurred close to the popular Monday Market in Maiduguri.

“Nemesis has caught up with a male and a female suicide bombers who died from their explosive in Maiduguri Sunday morning before they reach their soft-target.

“The incident occurred close to the popular Monday Market in Maiduguri.

Officials of the National Emergency Management Agency (NEMA) also confirmed that 17 persons were injured due to the blast while escaping from the scene. The injured persons, according to NEMA, are being attended to by medical personnel in a specialist hospital in Maiduguri.