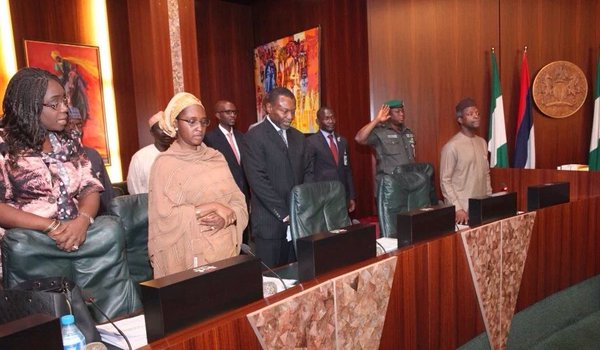 The umbrella body of Ijaw youths, the Ijaw Youth Council Worldwide, has condemned the desperation by some politicians to rope former President Goodluck Jonathan into the formation of the Niger Delta Avengers.

The group, in a statement by its spokesman, Mr. Eric Omare, said the desperation came to the pinnacle with the media report that said that intelligence report indicated that Jonathan was one of the persons behind the formation of the NDA.

The IYC said, “The characters behind this desperate plan are politicians of Niger Delta extraction who are in the present government and do not want a peaceful resolution of the renewed militancy in the region.

“They prefer a military option that would result in the killing of innocent Niger Deltans. The genesis of these frivolous accusations against former President Jonathan started after he visited President Buhari few weeks ago.

“And after the meeting and while speaking with the media, Jonathan said that everybody desired peace and that the leaders of the Ijaw nation were working hard to achieve peace in the Niger Delta region including himself.

“This did not go down well with these party chieftains and political office holders in the Federal Government from the Niger Delta region because they did not want a peaceful resolution of the crisis.

“Secondly, they don’t also want Jonathan’s intervention to resolve the crisis for obvious political reasons. So, this is the reason why they have orchestrated all sorts of lies to drag Jonathan into the formation of the NDA. It is deliberate and we are sure the top hierarchy of government knows this fact.”

The group strongly condemned the maligning of Jonathan, advising him to explore legal options to bring such irresponsible publications and blackmail to a stop.