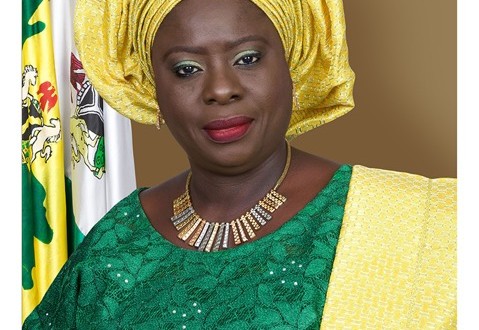 The militants engaged Onaguga’s security team in gun battle when she embarked on an inspection visit to some borderline communities between Ogun and Lagos states? sacked by militants.

The suspected militants had last Friday attacked the communities killing scores of residents.

Onanuga, who visited Imushin, Elepete and Igbo-Olomu communities?, reassured the residents of the commitment of the authorities to protect their lives and property.

The suspected militants however, began shooting at the security operatives who accompanied the deputy governor at Akoka Ebute area of Ibafo, in Obafemi-Owode Local Government Area.

However, the gun battle which lasted for about 20 minutes, did not record any casualty.

Traditional rulers from the affected communities? had earlier held a meeting with the Secretary to the Government of Ogun State (SSG), Taiwo Adeoluwa, in Abeokuta.

The outcome of the meeting spurred the government to send a delegation, led by the deputy governor to visit the affected communities.

As the advance security team led by the service chiefs was approaching Ibafo Creeks, where the suspected militants were believed to be hiding, a barrage of gunfire ensued, forcing the law enforcement agents to take cover.

The security operatives, comprising soldiers and policemen?, responded immediately and repelled the suspected militants, who later retreated deeper into the creeks and escaped.

The delegation later made a detour? from the troubled area after the deputy governor had assured the residents of commitment to their safety.

Reacting to the gun battle, the SSG expressed concern over the deteriorating security situation in the affected communities and called for urgent Federal Government’s assistance.

He said ?the exchange of gunfire between the security operatives and the criminal ”in broad daylight” was regrettable.
“It is a thing of regret that things have gone so bad in our country; at this level, the teams led by the deputy governor of the state were not able? to have access to a part of our state.

“It means that without mincing words, the Federal Government needs to get involved in this.
“This is something that is beyond the capacity of the police. We need military task force like the one we have in Niger Delta; it’s necessary and desirable.?

“As we can see in Elepete, Igbo-Olomu and Imagbon, nothing can be compared with the violence here in Ibafo,” Adeoluwa said.

State Chairmen of The PDP Back Markarfi-led National Caretaker Committee