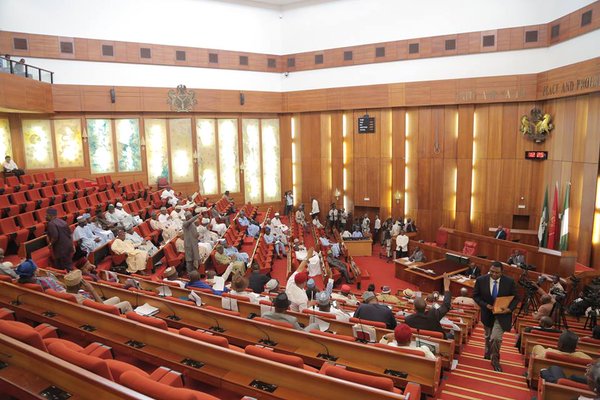 The Senate on Wednesday resolved to summon the Minister of Foreign Affairs, Geoffrey Onyema, and Secretary to the Government of the Federation, SGF, Babachir Lawal, over complaints trailing the list of ambassadorial nominees.

President Muhammadu Buhari had earlier sent a list of 47 ambassadorial nominees to the National Assembly, requesting screening and confirmation of the nominees to head various Nigeria’s foreign missions.

But there have been allegations of exclusion of a number of states, like Bayelsa and Ondo states.

At its plenary on Wednesday, the Senate President, Bukola Saraki revealed that his office has been inundated with petitions regarding those states that were not captured in the list submitted by Buhari to the Senate.

He said the situation has put him under pressure, while stressing that the solution was to ensure that those states that were not represented be given their own opportunity before screening begins.

Seconding the motion, Senate Whip, Sola Adeyeye (APC, Osun) said he had been receiving complaints by those who felt shortchanged.

Also speaking, Foster Ogola (PDP, Bayelsa) complained that some states, including his own Bayelsa State, have no representation on the list.

He suggested the list be returned to the President, requesting that all states be represented.

Shehu Sani (APC, Kaduna) also noted the complaints coming in the wake of the public release of the list, pointing out however that the Senate had the option of screening the nominees while waiting for a second list before screening.

The Senate President, in his remarks after putting to prayers, referred to the Senate Committee on Foreign Affairs to report back in a week’s time.

The Senate also resolved that the Minister of Foreign Affairs be summoned to explain how the government arrived at the nomination of career diplomats that left out some states.

Saraki Says The Forgery Case Is Another Distraction By FG, Vows To Fight Back