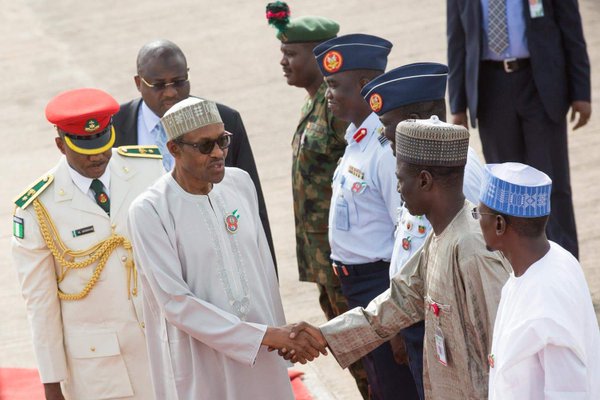 The Presidency on Tuesday described as misconstrued, the various interpretations of President Muhammadu Buhari’s comments in an interview he granted to the United Kingdom-based Telegraph newspaper on February 5.

The Senior Special Assistant to the President on Media and Publicity, Malam Garba Shehu, in a statement on Tuesday said the wave of negative reactions to the President’s remarks about the reputation of Nigerians abroad was as a result of an incomplete understanding of Buhari’s point.

“President Buhari was asked about the flood of migrants from Nigeria and the fraudulent applications for asylum put in by people desperate to leave their motherland at any cost, and it was this question that elicited his response,” he said.

Shehu encouraged Nigerians to avail themselves of a full text of the interview, which has now been made available on the Telegraph’s website.

He added that it was preposterous for anyone to imagine that the President of Nigeria would describe all the citizens of the country he leads as criminals, when he himself is a Nigerian – obviously not a criminal – and when there are many Nigerians of honest living making their country proud all over the world.

“Unfortunately, there are also Nigerians giving their country a bad image abroad, and it is to those Nigerians that the President referred in his comments,” he said.

He added that people may play politics and online games with the President’s comments, but the fact of the matter remains that Nigeria’s reputation abroad has been severely damaged by her own citizens.

He added, “These Nigerians who leave their country to go and make mischief on foreign shores have given the rest of us a bad reputation that we daily struggle to overcome.”

Shehu called attention to the many efforts of Buhari to clean up the image of Nigeria, such as the war on corruption, stating that acknowledging that one has a problem is the first step to preferring a solution.

“President Buhari is very aware of the problems the people of Nigeria face both at home and abroad, and he is not shying away from admitting them even as he focuses on solutions to bring them to a permanent end,” he added.