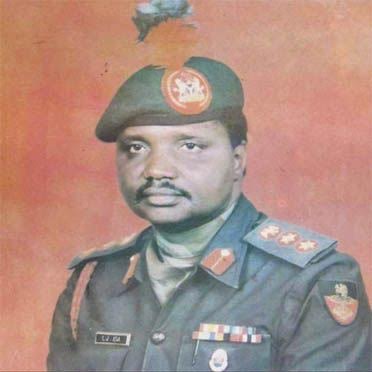 The Economic and Financial Crimes Commission, EFCC  probe into the $2.1 billion arms deal has led to the arrest of an All Progressives Congress, APC chieftain and close associate of President Buhari, Jafaru Isa pictured.

A gift of $5 million has landed a staunch associate of President Muhammadu Buhari in the net of the Economic and Financial Crimes Commission (EFCC).

Jafaru who was a military governor during the Abacha regime, was arrested at about 9pm at his Asokoro residence in Abuja yesterday January 6th. Premium Times is reporting that he is alleged to have received N100 million from the office of embattled former NSA Sambo Dasuki.

EFCC had written to him requesting that he comes forward to explain the reason for receiving the money.

Jafaru then wrote to the antigraft agency, asking that his invitation be postponed because he lost a relative. Dissatisfied with his request, EFCC operatives went to his house yesterday night and arrested him. Isa was a member of the Ahmed Joda-led transition committee set up by Buhari and is the first member of the All Progressives Congress (APC) to be quizzed by EFCC since the party took over power.

EFCC is working with the theory that the money, whose origin was also traced to the £2.1 billion arms fund allegedly diverted by Sambo Dasuki, former national security adviser, was given to Isa to buy his support in the 2015 general election.

Mohammed Abacha, reportedly the “courier” who passed the money to him, supported former President Goodluck Jonathan.

Abacha was in the race for the governorship ticket of the Peoples Democratic Party (PDP) in Kano state before he suddenly withdrew.

He left Buhari’s Congress for Progressive Change (CPC) in 2011 when Isa was preferred to him in the Kano governorship race. Isa, who was military administrator of Kaduna state in the Abacha regime, was widely tipped to be the ministerial nominee from Kano state but Buhari instead picked Abdulrahman Dambazzau, former chief of army staff.