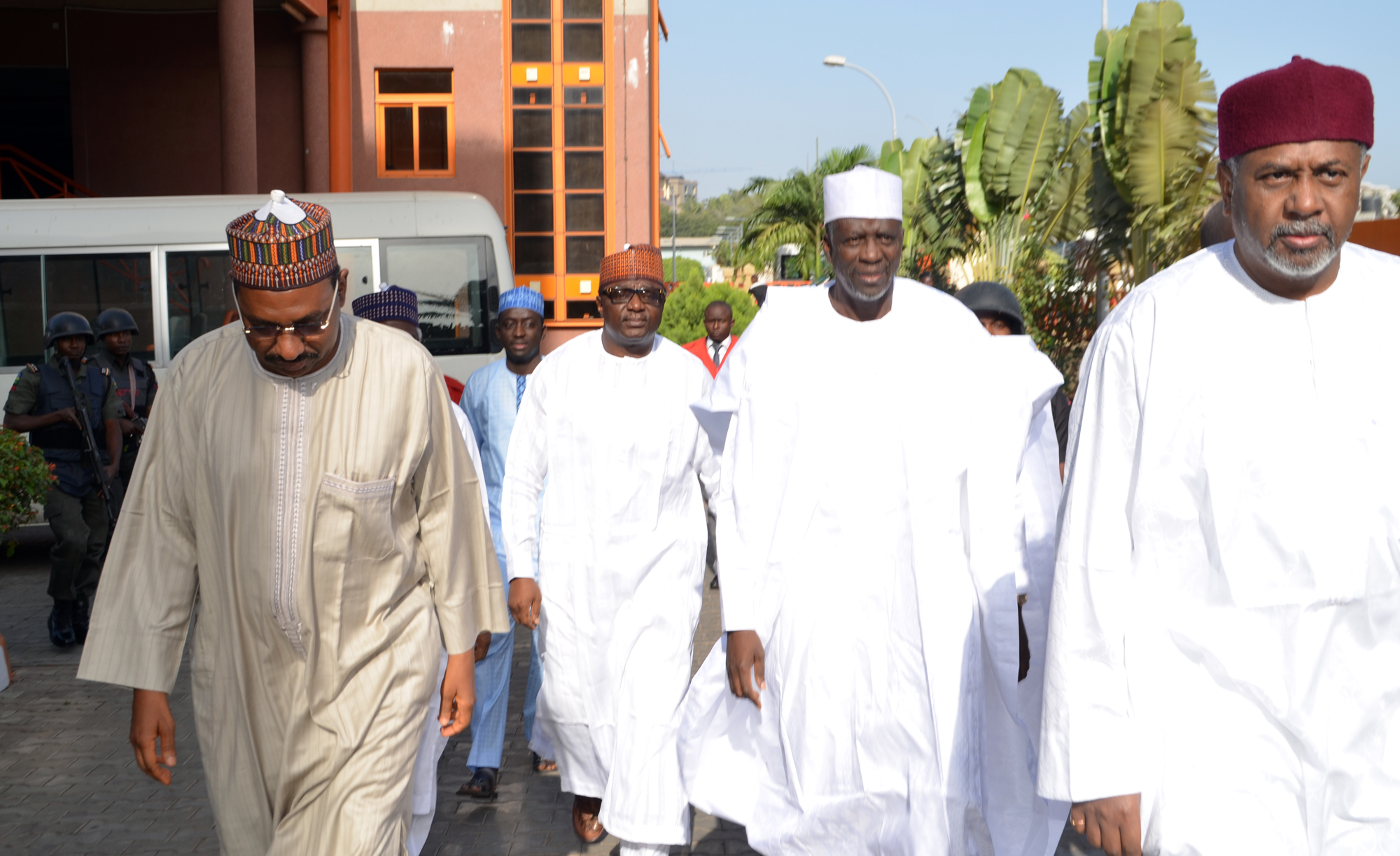 The court had granted them bail in the sum of N250 million each with two sureties in like sum. As at the close of work yesterday, New Telegraph reliably gathered that the accused persons were unable to perfect their bail and had since been moved to Kuje Prison. Dasuki and Yuguda are standing trial alongside former Director of Finance in the Office of the NSA, Mr. Shuaibu Salisu, former Governor of Sokoto State, Attahiru Bafarawa, his son, Sagir, and their company, Attahiru Investment Limited.

They were arraigned by the Economic and Financial Crimes Commission (EFCC) on a 22-count charge bordering on criminal breach of trust, misappropriation and retention of proceeds of crime worth N19.4 billion. They all pleaded not guilty to the charge. Delivering ruling in a bail application filed by the defence counsel, Justice Peter Affen ordered that the defendants must produce surety each and one of them must not be below level of a director in the federal civil service. Affen also held that the surety must be resident within the jurisdiction of the court.

The judge also ordered that the surety must have a landed property which must be verified and valued by surveyors to have cost same amount (N250 million) within Abuja. He added that the titled document of the said properties and the international passports of the defendants must be submitted to the court.

Affen also ordered that, in case of any further investigation by the prosecution, the defendants must not be kept outside the hours of 9a.m. to 6p.m. when the need arises. He said if the EFCC has any reason to keep the defendants outside the period, they must inform the court on the need to do so.

The judge said that the defendants shall be remanded in Kuje Prison pending the perfection of their bail. The court, however, adjourned till February 2 and 3 for trial. Justice Baba Hussein of the same Abuja High Court had, on Friday, admitted Dasuki to bail in another 19-count charge suit filed against him and Salisu, former Executive Director of the Nigerian National Petroleum Corporation (NNPC), Aminu Baba-Kusa, as well as his companies, Acacia Holding Limited and Reliance Referal Hospital Limited.

The trial judge had granted them bail in the sum of N250 million each and on the condition that they provide one reasonable and responsible surety in like sum. Such surety, the court said, must show evidence of owning a property in the Federal Capital Territory (FCT) worth the same amount.

The court further directed that the surety must be a civil servant not below the rank of a director in the federal civil service. New Telegraph had, over the weekend, learnt that Dasuki’s legal team waited till yesterday’s ruling before commencing the perfection of the bail condition.

According to a member of Dasuki’s legal team, who prefers anonymity, “we are hoping that the court will take judicial notice of the Friday judgement and as such may likely adopt same, that will give a direction as to how to go about it. It will not make sense to be looking for different people as surety.”