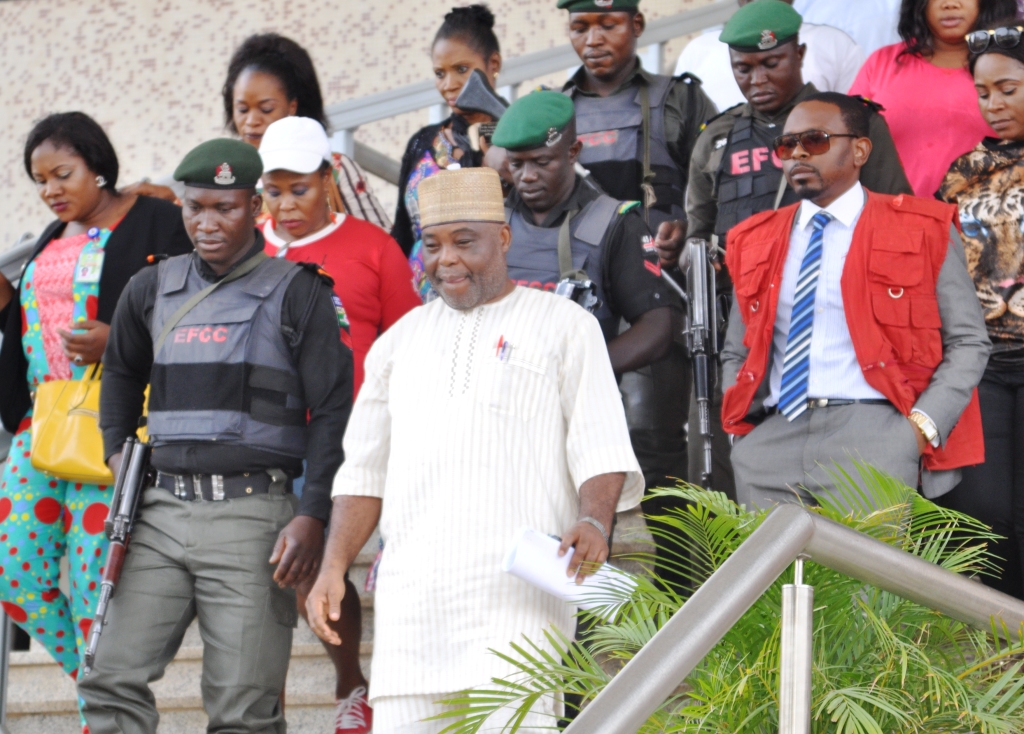 A businessman and founder of Daar Communications Plc, Chief Raymond Dokpesi, finally left detention on Wednesday after spending three days in Kuje prison in Abuja, where a Federal High Court in Abuja remanded him pending when he would meet the N400m bail conditions ?granted him with respect to N2.1bn fraud charges preferred against him.

?This was confirmed by his lawyer in a text message by his lawyer, Chief Mike Ozekhome (SAN), to our correspondent’s telephone line at 8:18pm on Wednesday.

Ozekhome said Dokpesi was released from prison to him as his lawyer, his son, Raymond and his wife Tosin.

The lawyer did not specify exactly when his client was released from prison on Wednesday and the conditions which they found difficult to fulfil.

The Economic and Financial Crimes Commission had on December 11 arraigned Dokpesi along with his firm, Daar Investment and Holdings Ltd, ?on six counts of money laundering and procurement fraud involving about N2.1bn which he allegedly received from the office of the National Security Adviser for the Peoples Democratic Party’s presidential media campaigns.

Justice Gabriel Kolawole in his ruling on Monday on an application by defence lawyers – Chiefs Ifedayo Adedipe (SAN) and Mike Ozekhome (SAN) – granted Dokpesi bail in the sum of N200m with the sureties in like sum.

The judge also ordered that Dokpesi be remanded in Kuje prison pending when he would fulfill the bail conditions.

The judge had also ruled that one of the two sureties who must be an entrepreneur, must submit his or her tittle deed of a property worth N200m ?in any part of Nigeria and produce three years tax clearance for preceding years up till 2015.

The judge, who ordered Dokpesi to deposit his passport and other travelling documents with? the Deputy Court Registrar, Litigation, of the Abuja Division of the Federal High Court, said the other surety must be a serving or retired director in the federal or state government civil service or any of their agencies.

Such officer if still serving is required to produce a letter from his employer to show that he is still in service and if retired must produce the gazette of his retirement to show that he was neither compulsorily retired nor dismissed from service?.

The two sureties are also required to swear to affidavits of means showing that they were worth more than the bail sums of N200m each.