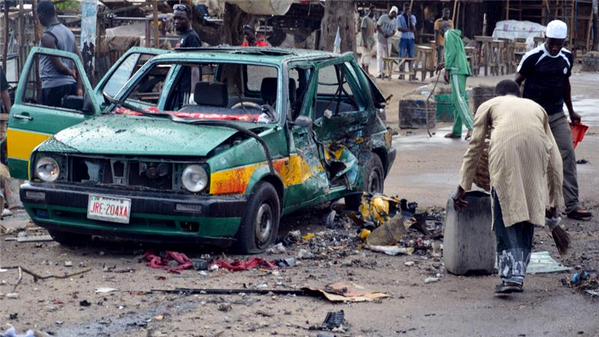 At least six people have been killed, including five female suicide bombers after they blew themselves up at a security check point in the north-eastern Nigerian city of Maiduguri, emergency officials say.

The girls were travelling in a group when they approached civilian vigilantes helping the Nigerian military fight Boko Haram.

“Two of the girls detonated their explosives instantly and the rest fled the scene,” Muhammad Kanar from the Nigeria Emergency Management Agency told the BBC Hausa service.

The other three blew themselves up as they were being chased by security forces, he said.

The girls were aged between nine to 13, he added.

One other person was killed and four wounded in the incident.

Militant Islamist group Boko Haram has been using young girls to carry out suicide attacks especially in Borno state – the birthplace of the group.