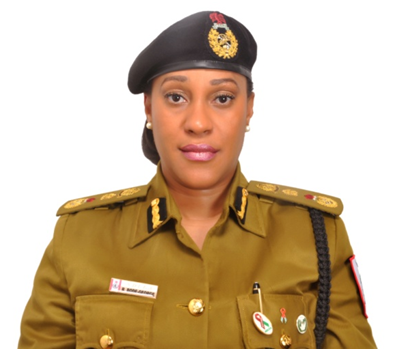 Mr Roli Bode George has been appointed as the first woman acting Chairman of the National Drug Law Enforcement Agency, NDLEA, following the retirement of Alhaji Ahmadu Giade who has bowed out after serving 10 years in the agency.

Mrs Bode George’s appointment is considered by observers as a significant gender balancing at a period when the Buhari administration is being leaned upon to appoint more women in the position of public relevance and reckoning.

The Chairman of Women Initiative Group (WING) Mrs Tinuade Joseph described the appointment as a good step in “redressing the gender imbalance in the recent appointments made by President Muhammadu Buhari.”

George is generally perceived as an unobtrusive goal- getter and a quiet but formidable achiever, who has the requisite field training and solid academic credentials to give the NDLEA the cutting edge leadership in the crucial war against drug trafficking and substance abuse.