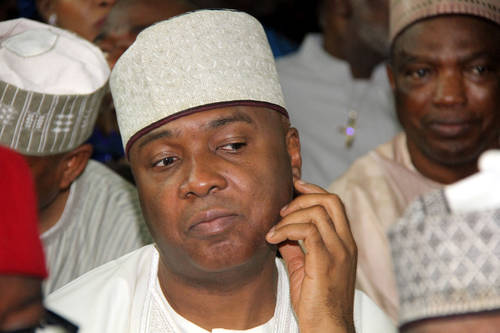 The Code of Conduct Tribunal sitting over the false assets declaration case of Nigeria’s Senate President Bukola Saraki has ruled that trial must continue regardless of a pending appeal against the continuation of the case at the Supreme Court.

The decision of the CCT forced Saraki’s lead lawyers to stage a walkout in protest against the tribunal’s ruling.

Lawyers to Mr. Saraki had applied to the court for another adjournment of the case citing an appeal filed yesterday at the Supreme court of Nigeria.

After a short adjournment the lead judge at the tribunal Justice Danladi Yakubu Umar ruled that the case would continue and urge Saraki’s lawyers to prepare for the continuation of the proceedings.  Justice Danladi Umar says Saraki’s legal team disrespected the court.

However, the ruling angered Saraki’s lawyers, Abubakar Magaji and Raji Ahmed who stormed out of the courtroom accusing the judge of judicial rascality

Saraki had asked for one month to engage new lawyers but the Tribunal gave the Senate President one week.

The CCT has adjourned till November 19, 2015, and urged Saraki to engage services of new lawyers or otherwise expect the tribunal to engage state counsels on his behalf.

The Senate President was present in the courtroom with a large contingent of Senators bused to the venue in solidarity with Mr. Saraki.