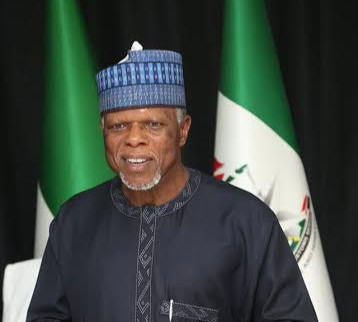 All serving officers in the Nigeria Customs Service (NCS) have been mandated to declare their assets.

Accordingly, all officers from the first bar were asked to collect their asset declaration forms from their zonal offices with a view to making their acquisitions known to the top hierarchy of the NCS.

The Nation Newspaper reports that Sources within the NCS revealed that the service is also working with the Central Bank of Nigeria (CBN) to ensure that any false financial declaration is detected through the bank verification numbers (BVNs).

According to the source, more heads will roll after the completion of the exercise.

It will be recalled that all five deputy comptroller generals of the NCS tendered their resignations on Thursday, October 29.

The senior officers who jointly wrote a one-page letter said they were all unanimously and voluntarily resigning from the service of the Nigeria Customs Service having risen to their current position.

The officers were billed to proceed on annual leave but they opted to resign.

A senior official of the Federal Ministry of Finance, who spoke on the senior officers resignation on the condition of anonymity, said their retirement was part of the anti-corruption crusade of the new customs boss.

The official said: “Some of these officers have to go because of their super-rich status. Most of them and their immediate families live in questionable wealth that may still need to be investigated by the government.

“These are part of the stringent steps by the new Customs boss to sanitise and clean up the Service which has been plagued with strong allegations of corruption in the past.

“The CGC had vowed to embark on house cleansing in order to rid the service of corrupt officers and men.

“Although no organisation in Nigeria is corruption-free, the bad eggs in the service have tainted the rest as corrupt.”

The appointment of Ali elicited harsh criticisms from Igbo activists who accused President Buhari of neglecting the next in line who is an Igbo to appoint a northerner who had not served in the customs before.