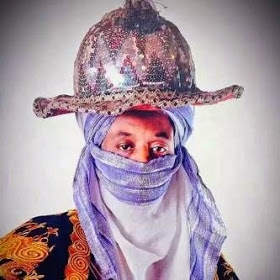 A High Court in Kano on Friday restrained the Emir of Kano, Muhammadu Sanusi ll from demolishing any historical structure within the palace pending the determination of the substantive application filed before it by the emir’s uncle.

Sanusi was dragged before the court by his Uncle, Alhaji Salim Abubakar Bayero over his alleged plan to demolish some historical structures in the palace to build offices for district heads.

Other parties in the case are the Kano Emirate Council and the Attorney General of Kano state.

The one-page interim injunction dated 30th October, 2015, was signed by the Kano state Director of Litigation.

The order reads in parts; “That an order for interim injunction is hereby made restraining Emir Muhammadu Sanusi ll and Kano Emirate Council, the 1st and 2nd defendants in the case from demolishing and or tampering with any structure in the Kano emir’s palace (Gidan Rumfa) by virtue of being ‘Yan Fulani or Bayin Sarki pending the determination of the substantive application.”

According to the statement of claim with suit number K/386/2015, the plaintiff is a grandson of the 10th emir of Kano, late Sarki Abdullahi Bayero.

The plaintiff claimed that the emir was bent on demolishing and destroying some structures at Ka’iya and Kachako sections as well as the graveyard of some past emirs of Kano located within the palace.

He told the court that the purpose for the demolition was to build offices for district heads, arguing that such action has never happen in the history of Kano where district heads have their offices within the palace.

Abubakar further informed the court that quit notices had already been issued to some occupants of the marked sections by the emir.

The presiding Judge, Justice A.T Badamasi has slated the case for November 12, 2015 for hearing of the motion on notice.