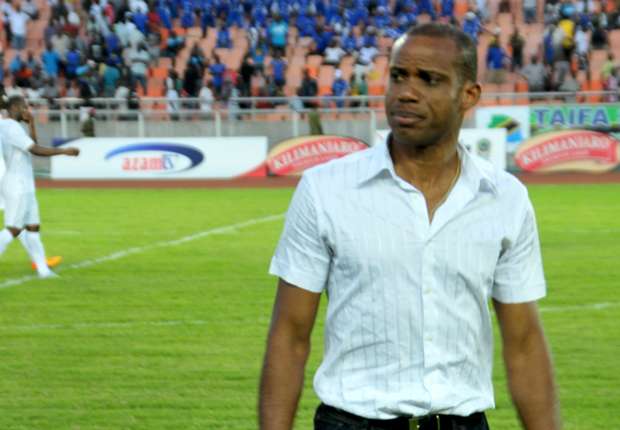 Super Eagles coach, Sunday Oliseh, has said he has been disappointed with “lies” by goalkeeper Vincent Enyeama over their major falling out in Belgium.

On Tuesday, Oliseh and Enyeama clashed at a team meeting during which CSKA Moscow forward, Ahmed Musa, was announced as new captain of the Eagles ahead of the Lille goalkeeper, who had been leading the team since Joseph Yobo retired from international football last year.

Oliseh said on a radio interview Friday morning said the lies were aimed at assassinating his character.

The coach himself a former Eagles captain maintained he did not get the security to walk out the Lille goalkeeper and neither did he insult the player’s late mother.

“There is a level to how far you can go in character assassination by Enyeama. This is unheard of,” africanFootball.com quoted Oliseh as saying during the interview.

He equally narrated how he drove to France to discuss his coaching philosophy and ideas with Enyeama after he was appointed Super Eagles coach in July.

“I took him to lunch and shared my coaching philosophy with him.

“He was talking about retirement from the national team), which I didn’t like,” Oliseh added.

The coach also recalled that this is not the first time Enyeama has fell out with a national team coach.

“In 2008, he was dropped to second or third goalkeeper because of this and under Sammy (Siasia), he also had problems,” Oliseh said.

Enyeama’s Exit: DR Congo Humiliates The Super Eagles Of Nigeria In A Friendly