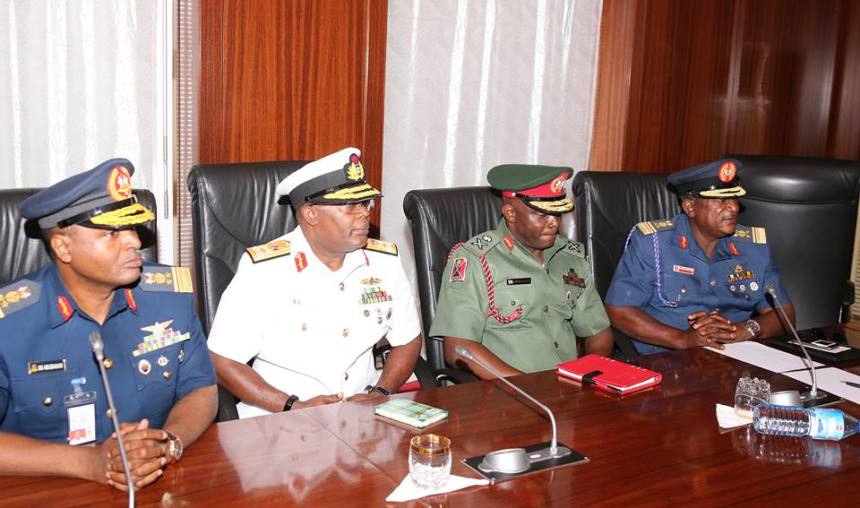 National Security Adviser (NSA) Maj.-Gen. Babagana Monguno has his job cut out for him – a member of his family is being held by Boko Haram insurgents, Borno State Governor Kashim Shettima said yesterday.

To Shettima, the change of guards at the military hierarchy has offered a unique opportunity to defeat Boko Haram.

Reacting to the appointment of Gen. Monguno and Maj-Gen Tukur Buratai as the NSA and the Chief of Army Staff (COAS), the governor said Nigeria cannot afford to lose the anti-Boko Haram battle with the new appointments.

Shettima, who described the appointment of the duo of Gen. Monguno and Gen. Buratai as “one of the happiest moments in his lifetime”, said: “The fight to overcome insurgents ‘is now or never’ because with the duo, Nigeria now has the best of chances to overcome the challenges of insurgency facing it since 2009.”

The governor was hosting members of the Insurgency Victims Support Fund Committee, chaired by Lt. Gen. Theophilus .Y Danjuma, who visited him at the Government House in Maiduguri, the state capital.

Shettima said President Buhari’s choice of Gen Monguno and Gen Buratai as a classic case of putting square pegs in square holes, adding that both men have been given the mandate of liberating their state, which has been the epicentre of the Boko Haram insurgency.

According to him, the military top brass possess ancestral knowledge of the state’s terrain besides being direct victims of insurgency attacks with their relatives killed, their homes destroyed and their towns raided.

His words: “Yesterday was the happiest moment of my life. President Muhammadu Buhari made a strong statement by his decision to appoint two highly competent sons of Borno to the offices of the National Security Adviser and the Chief of Army Staff.

“I think his strategy was to get people with ancestral knowledge of the Borno terrain. Maj-Gen Tukur Buratai is even a direct victim of Boko Haram attacks. He lost family members when his residence was attacked earlier this year in Buratai, a town in Biu Local Government area.

“Monguno (town) was destroyed and once occupied by Boko Haram and that is where the new NSA, retired Maj-Gen Babagana Monguno, hails from. In fact, a key family member of General Monguno is still being held captive by Boko Haram insurgents.

“These two generals are from Borno; they know exactly where it pinches and, most importantly, they understand the terrain and can easily connect with communities to get local support.

“Added to them is also the Chief of Air Staff, Air Vice Marshal Sadique Abubakar, who hails from Bauchi, also in the Northeast. AVM Abubakar spent many of his formative years in the military here in Borno State. He has spent over 10 years in Borno; he knows the terrain very well also and connects with the people.

“I think, for us, it is now or never because the President has generously put the sons of Borno and the Northeast to lead the battle for the freedom of Borno, the Northeast and rest of Nigeria, from the murderous threats of insurgents.

“Insha Allah, with the combined efforts of other competent Service Chiefs and all Nigerians, the war on terror will soon be won by the supremacy of the Federal Republic of Nigeria.”

The governor called on Nigerians to support the President who,he said, has left no one in doubt about his persistent commitment to ending the insurgency.