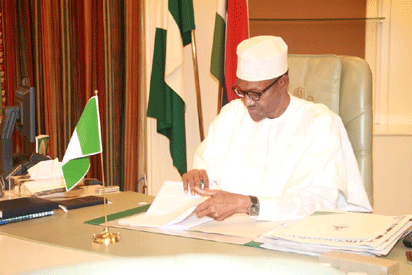 The Presidency , Sunday explained that the seeming slow pace of governance by ?the Buhari administration is because the Augean stable being cleared by the administration requires “scrupulous and painstaking planning”.

Reacting to a statement by the publicity secretary of the Peoples Democratic Party criticising the Buhari administration, the Special Adviser to the President on Media and Publicity, Femi Adesina said the call by the PDP that Nigerians should join hands in praying for the administration was unnecessary because Nigerians were already in sync with the administration.

He said: “It is amusing to read what the National Publicity Secretary of the defeated Peoples Democratic Party (PDP), Olisa Metuh, considers a 30 days appraisal of the President Muhammadu Buhari administration. He wants Nigerians to join hands in prayers for the government, so that things would begin to move. What he does not know is that Nigerians had long formed such coalition. They are hands in hands, and that was what gave victory to President Buhari in the March 28, 2015 poll. They had teamed up to uproot an administration that had brought the country to her knees, and was about to tip her off the precipice.

“And Nigerians have resolved that never would they allow any government to divide them along regional, religious and ethnic fault lines again.

“The Buhari administration is naturally contemplative because there was absolutely no rhyme or reason to the way PDP ran the country, particularly in the immediate past dispensation. That is why the Augean Stable is being cleaned now, and it requires scrupulous and painstaking planning. Across all sectors, our national life was devalued, and it takes meticulousness and sure-footedness to repair all the breaches. This, the Buhari administration will deliver.

“Metuh talks of people round the President conniving with bureaucrats to syphon money from the treasury. This must be deja vu, as it was the pastime of the immediate past administration, and the enormity of the sleaze will be evident when stolen money, to the tune of billions of dollars, is recovered, and returned to the national treasury soon.

“In the process of time, after all that is being planned by the current administration has matured, and bearing fruits, Nigerians will be able to determine who is serving them acceptably, and who has taken them for a ride. It is just a matter of time.

“Meanwhile, Metuh and his masters can only rue the missed opportunities to make salutary impact on the lives of Nigerians. They have a long road of regrets to travel” he said.

“Is This Part Of Our Change? This Man Is Corrupt” Nigerians React To The Construction Of Helipad For Buhari