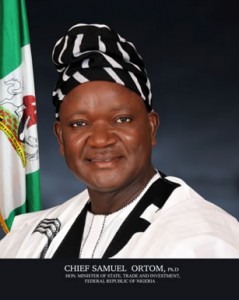 Governor Samuel Ortom of Benue State has declared amnesty for people in possession of illegal arms in the state, urging them to willingly surrender their weapons and be integrated back into the society or face the wrath of the law.

Ortom made the declaration during his inaugural speech at the IBB Square in Makurdi, the state capital, shortly after being sworn-in by the state Chief Judge, Justice Iorhemen Hwande.

“We call on all unlawfully armed persons who have been terrorizing innocent citizens to immediately surrender their arms, be free and get integrated into our reform program, or we shall pursue them down to their holes,” he said.

The governor added that his administration would move decisively against those youths and their patrons who have chosen a living out of unbridled acts of terror and thuggery, noting that government would no longer be a shield for them.

He also announced the renaming of Government House to Benue Peoples House as well as dropping of all his titles, saying the idea was intended to eliminate distance between the government and the people.

“If we must run a government in which everybody is involved, a peoples government, we must put aside personal advantage so that we can feel the pains and see the promise of Benue. It is in this regard that I wish to drop all my titles preferring to be addressed as Samuel Ortom,” he said.